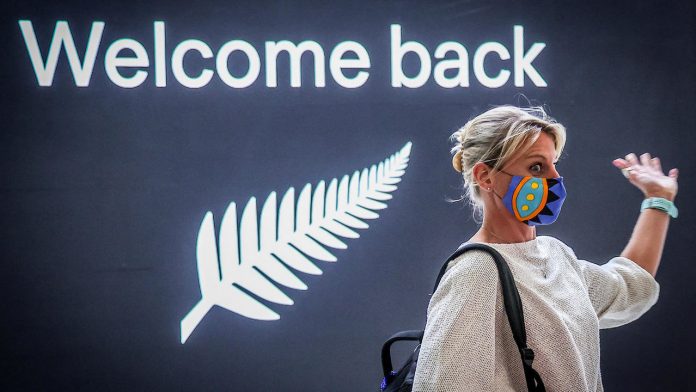 A group of Australian citizens representing tens of thousands of people stranded abroad by border closures and airstrikes, some since the start of the Covid-19 pandemic, are submitting their complaint against the Australian government to the UN Human Rights Committee. claim that they have been denied the basic human right to return home.

In February 2020, Australia preceded the World Health Organization and declared that Covid-19 was a pandemic, with drastic measures to limit the spread of the virus. The country closed its external borders and caps were set to limit the number of Australians who could enter. It is one of the few countries in the world that has introduced such strict restrictions.

But a year later, and with these restrictions still in place, many Australians will not be able to return home despite the Prime Minister’s promise to have all stranded foreign nationals back by Christmas 2020.

Many say they are in dire straits. Some have lost their jobs, have some savings left and are forced to take out loans to survive. Others are either sick themselves or need to care for a loved one who is seriously or permanently ill. Others simply want to be reunited with their families.

According to official figures from the Australian Foreign Office (DFAT), up to 40,000 Australian-based nationals are registered who want to return immediately. Of these, 5,000 are classified by the government as “vulnerable”.

Three Australian citizens who have been stranded abroad for several months are now taking matters into their own hands.

Last week, they began legal action by appealing to the UN Human Rights Committee in Geneva, where they hope to successfully challenge the Australian Government’s policies that they say violate human rights.

In an interview with Australia’s ABC Radio National, Robertson accused Prime Minister Scott Morrison of “behaving as if in a moral vacuum”.

“International law recognizes the strong bond between individuals and their homeland and no respectable government would introduce travel to prevent its citizens from returning for over a year if they are prepared to quarantine,” he said.

The legal basis for the UN petition is the International Covenant on Civil and Political Rights, which Robertson says guarantees a person’s right to leave his own country freely and says that no one should be “arbitrarily deprived of the right to enter their own country”.

One of the petitioners, Jason, a microbiologist living in the United States, has tried to return to Tasmania with his Australian wife to see sick and elderly relatives.

“I’m just an ordinary Aussie trying to get home,” said Jason, who for confidentiality has chosen not to reveal his last name.

“My visa expires at the end of December and normally I have to leave the country and then apply for a visa outside. My wife has severe depression and anxiety simply because of the helplessness of this situation. ”

Other complainants include a Melbourne volcanologist trying to secure a flight back to Australia since March last year and a family from the UK who want to be reunited with their loved ones.

Jason says he first became aware of the large number of Australians stuck abroad when he joined StrandedAussies.org and found several other groups online where Australians shared stories and sought advice.

He blames fears and a lack of adequate educational communication from experts and governments for not dispelling the myth that returning Australians are carriers of Covid-19.

“We just want a fair go in the spirit of food. Everyone has a need to keep in touch with the family, to the country.

“This petition represents all Australians stuck abroad,” said Jason, who estimates that the actual figure for those who want to return exceeds the 40,000 quoted by the DFAT.

The petition could damage Australia’s international standing at a time when the country has been hailed globally as a huge success story for its inclusion of the virus.

Australia has so far escaped the shocking death toll in other countries and registered 909 deaths from the virus since the pandemic began, according to Johns Hopkins University data.

On Tuesday, Australia announced that it would open a travel bubble with New Zealand, enabling residents to travel between the two nations without the need for quarantine from 19 April.

Lucy Morrell from the online group Stranded Aussies Action Network has helped the Australians overwhelmed by the logistics to return home. She was recently re-transported on April 1 with her husband and 12-year-old daughter from Japan.

After three attempts and at a cost of 22,000 AU (14,253 €), she considers herself one of the lucky ones. Among those Morrell helps is a mother in Australia whose daughter has been stuck in Africa since the pandemic began.

Morrell says the young woman in her 20s was originally in Africa doing charity work. But when the Morrison government in March 2020 recommended that Australians return or protect on the ground before border closures, it was too late for the young woman – the airports in her host country had closed. She had no choice but to protect on the spot. Without a job to pay the rent and after emptying her savings, she has since been taken in by a local family. Her mother has been forced to take out a loan against the mortgage on the family home in hopes of paying for an upgraded plane ticket that can finally bring her daughter back.

Morrell says she wants to do more to raise awareness in Australia about the situation of citizens.

“We have had people who contact us regularly who have been suicidal. They are up against a wall – unable to come back because they do not qualify as poor and have no government support from Australia. Many are not citizens of the countries they are in, so they cannot access support services there – it is as if they are stateless, she explains.

Critics of Australia’s handling of repatriation say there should be more hotel quarantines to allow weekly departures to be lifted on arrivals, which currently stand at around 4,000.

Although the government has subsidized repatriation flights on the national airline Qantas from London, Frankfurt and capitals in Asia, there are not enough seats to go around. Foreign airlines, which are struggling to stay afloat commercially, have had to reduce flights and either encounter passengers or cancel flights at the last minute. When flights become available again, seats will be sold in minutes.

While citizens and permanent residents are struggling to find a narrow passage to Australia, thousands of temporary residents, including a litany of celebrities such as Matt Damon, Ed Sheeran, Julia Roberts, Natalie Portman, Dev Patel and tennis players who arrived at the Australian Open in January, together with their large entourage, have stayed on the welcome mat. The double standard drives up anger and resentment and also raises questions about citizens’ rights.

Legal researcher and citizenship expert Kim Rubenstein believes that “there is a real question of the legality” of these caps against returning Australians. Without a Bill of Rights describing the rights of Australian citizens – in fact, Australia is one of the few democracies that do not have a list of rights – there are no resources available to them in Australia’s legal system to challenge the government on its repatriation policy.

“So there is a stick on which these individuals can actually question the legality of these lids. The government has powers in relation to international trade and commerce, but there are restrictions on the extent of that power. ”

There is also the question, for those who cannot return, of national identity and belonging.

While health experts have spent the past year warning of the psychological effects of the pandemic on mental health, Morrell says there is “a certain amount of pain” that stems from feeling excluded from your country.

James Cater is an Australian stranded in Russia. © James Cater

James Cater, who is stranded in Russia, says that although some foreigners may think that their citizens “do not care or despise us directly”, he is optimistic that this is not typical of how most Australians feel.

“If they come across us and our stories in a real situation, they can understand. But that’s the thing, because so many of us are stranded that they do not see us, says Cater and admits that the bike to try and then fail to get on a plane has been emotionally taxing.

Two of the citizen groups StrandedAussies.org online and Stranded Aussies Action Network are calling for a nationally coordinated return system. They cite the examples of Taiwan and New Zealand, countries that use a pre-booked hotel quarantine system that guarantees placement. As a result, these countries have managed to receive about twice as many international arrivals per capital compared to Australia.

Morrell hopes that the petition to the UN will lead to the government taking action.

“It seems that citizenship ends at the border and once you have left the Australian shores, your rights are no longer the ones that entitle you to other Australians. It is the thin edge of the wedge.

“Currently, it affects ex-patriates who want to return, but the next time the government bends its muscles towards its citizens, it could be another group.”