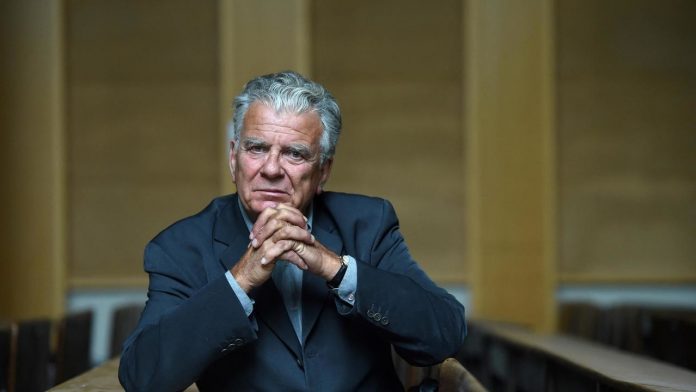 Olivier Duhamel, the prominent political scientist at the heart of an incest scandal that has shocked France, has admitted that he sexually abused his stepson when he was in his early teens, French media reported on Wednesday, citing sources close to the investigation.

Duhamel, a former head of France’s leading political science institute and a regular expert on French television, has been accused by his daughter-in-law Camille Kouchner of abusing his twin brother when they were in their early teens.

He admitted the accusations on Tuesday in an interview with a special police unit that investigates crimes committed against minors, sources close to the investigation told AFP.

His stepson, now 45, filed charges against Duhamel in January, prompting authorities to launch an investigation into rape and sexual assault.

Kouchner first made the allegations in a book published in January, which sparked a period of accusations of incest, a term used in France for sexual abuse of relatives, even if it is not a relative in the blood.

The allegations led to a national bill abusing minors and accelerating pressure from President Emmanuel Macron’s government on new laws to protect children.

Last month, Parliament’s lower house passed a bill that would automatically make sex between an adult and a child under 15 statutory rape, punishable by 20 years in prison. The bill would also make it illegal for an adult to have sex with a relative under the age of 18.

Almost one in ten French people has fallen victim to incest, according to a recent survey by the French voting institute Ipsos.

In his book “La Familia Grande”, Kouchner reveals that dozens of her mother’s intellectual friends – some of them known in France – knew about the abuse but chose to remain silent.

Kouchner’s book sparked a wave of reactions on Twitter under the hashtag #MeTooInceste and encouraged many victims to come forward and break their silence. It also caused sharp condemnation by witnesses who protected the perpetrators through their silence.

Following the allegations against him, Duhamel announced that he was resigning from all his posts, including as head of the National Foundation of Political Sciences (FNSP), a body that oversees the hugely prestigious Po University of Sciences.