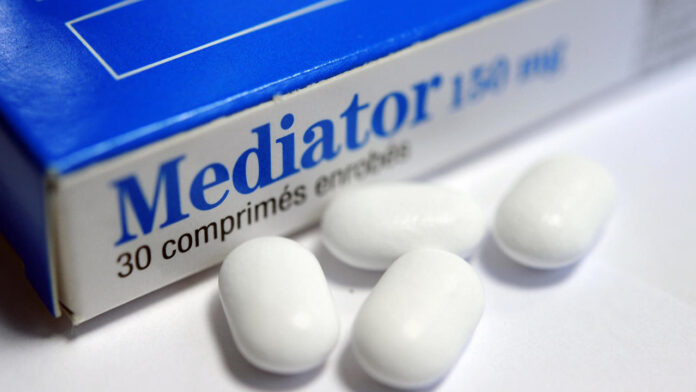 A French court will rule on Monday on whether pharmaceutical giant Servier deliberately ignored warnings about a diabetes and weight loss pill that was blamed for hundreds of deaths in one of France’s worst health scandals.

The drug Mediator was on the market for 33 years and was used by about five million people before it was withdrawn in 2009 for fear that it could cause serious heart problems – more than a decade after such fears were first raised.

More than 6,500 plaintiffs, including France’s health insurance funds, are seeking one billion euros ($ 1.2 billion) in damages from Servier, who is accused of murder, causing unintentional damage, gross fraud and deception.

The investigators accuse the pharmaceutical manufacturer of deliberately hiding the risks that Mediator has entailed for several years, allegations that it denies. The first cases of heart disease linked to the drug were flagged in 1999, a decade before the drug was withdrawn.

A total of 12 people and eleven legal entities – Servier, nine subsidiaries and France’s drug watchdog – were tried in late 2019 and early 2020 because of their alleged role in a scandal that contributed to widespread mistrust of the pharmaceutical industry in France.

Ten kilos in one month

Servier’s former commander, Jean-Philippe Seta, who faces possible imprisonment if convicted, admitted during the trial that Servier had “made a mistake”.

Originally intended for obese people with diabetes, Mediator was widely prescribed to healthy individuals as an appetite suppressant.

Many of the victims who testified in court about the impact of drugs on their lives were women. Exhausted and out of breath, they told their stories while sitting.

“It is said that the drug was extraordinary. I lost ten kilos in the first month,” said a plaintiff, Stephanie, who took the drug for three years before being diagnosed with heart disease in 2009.

About 500 people are believed to have died as a result of the drug, but experts say it could eventually cause as many as 2,100 deaths.

Thousands of victims have already reached settlements with the company, a total of 200 million euros (236 million dollars), according to Servier.

France’s second largest pharmaceutical company will also face criminal fines of around € 10 million if it is required to organize a cover-up.

The mediator deal was the subject of the French film “150 milligrams” in 2016, which was about the lung specialist Irene Frachon, who was crucial in bringing out the alleged offense.

“I hope the court will give us the tools to understand how such fraud could have gone on for so long,” Frachon, who will be in court on Monday to hear the verdict, told AFP.

Servier and its former CEO Seta claim that they did not know that the drug was dangerous until 2009 when it was withdrawn.

By then, it had already been banned in the United States, Spain and Italy.

France’s drug watchdog ANSM, which was tried for delaying the sale of the drug, has acknowledged its “share of responsibility” in the scandal.

The other defendants include several consultants, who served in public bodies while on Servier’s salaries, and a former right-wing senator accused of changing a report on the scandal to downplay the company’s role in the deal.