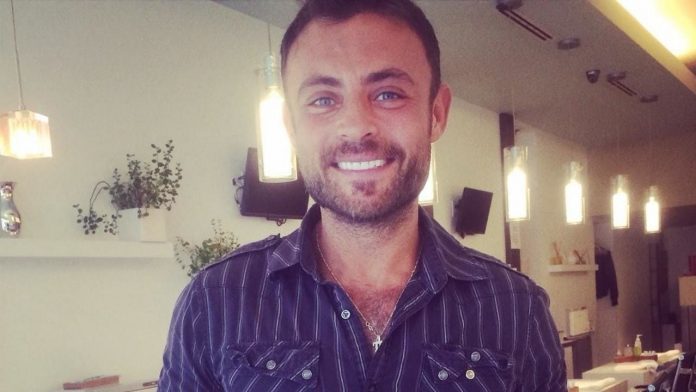 The criminal court in Istanbul sentenced Fabien Azoulay to 16 years and eight months in prison in 2017. His lawyers and relatives have since fought to get him sent back to France. They have now decided to make his case public in order to put pressure on the French government.

“I pray and cry every day for a miracle. I can not imagine staying here for a full 16 years and eight months,” Azoulay wrote in a letter sent to his family from the Giresun prison in northeastern Turkey and seen by FRANCE 24.

Azoulay, 43, has already been jailed for almost four years for “importing a banned drug” and has asked the French state to return to him so he can serve the rest of his sentence in his own country.

Azoulay, who is gay and Jewish, says he is harassed, treated and threatened daily.

Carole-Olivia Montenot, one of Azoulay’s lawyers, describes a feeling of impotence when she hears of the horrors her client is experiencing. “It’s awful. He’s scared, his fellow prisoners tell him to convert to Islam and pray five times a day. He’s also harassed because of his sexual orientation,” she told FRANCE 24.

“His condition of detention is an attack on human dignity,” said Sophie Wiesenfeld, founder of the think tank Hexagon Society and president of the Fabien Azoulay Support Committee.

“There are so many of us here who live in such a small space. To go to the toilet at night we have to go on top of people sleeping. When they wake up they get angry and there are fights,” Azoulay wrote in a letter sent. to a relative.

The drug has recently been banned in Turkey

When he flew to Turkey almost four years ago, Azoulay never thought he would end up in a Turkish prison. During a trip to Istanbul to get hair implants, he bought GBL (Gamma-Butyrolactone), a synthetic drug that is popular in party circles. He paid $ 300 through a Lithuanian website and arranged for them to be delivered to his hotel.

“The product had been banned in Turkey just a few months earlier. But the website had not updated the list of countries that had banned it. Azoulay was therefore not aware that this product had been classified as an illegal drug in Turkey,” Montenot explained.

Turkish customs intercepted the package and traced its way to Azoulay’s hotel room, where they arrested him.

According to Montenot, the arrest was followed by “a series of small hearings that lasted about five minutes”. Azoulay’s fate was decided on February 27, 2018, at the end of an “expedited trial that lasted about 15 minutes, including all translations,” she said. The court sentenced the French citizen to 20 years in prison, which was later reduced to 16 years and eight months for good behavior on appeal.

Despite his appeal and legal action, Turkish courts upheld the first verdict. Azoulay’s verdict was completed in January 2019. Five months later, his lawyers initiated a request for a return that would enable him to serve his sentence on French soil.

Azoulay was first imprisoned in a prison in Maltepe, a district of Istanbul. He believed that it was necessary to hide his religious affiliation and explained in a letter sent to a friend that “jihadists are trying to radicalize other prisoners”. In this overcrowded prison, he said he was subjected to forced prayers, physical violence and even witnessed a murder.

“A guy had his throat cut by a group of four Syrians. I slept when it happened, but the screams of the other prisoners woke me up. The sight of blood everywhere was scary, worse than a horror movie. Later I learned that a prisoner who died had had sexual intercourse. progress on one of the Syrians and that in the name of Allah he must pay with his life because of his homosexuality, he said in the letter.

Although he tried to hide his sexual orientation from other prisoners, Azoulay fell victim to a homophobic attack in November 2019. “A fellow prisoner knew he was gay. In the middle of the night, he threw boiling water all over Fabien’s body and caused second-degree burns. Fabien had to be transferred to hospital, says Montenot.

Azoulay’s lawyers reported this to the French Foreign Ministry, which called for an emergency meeting. The ministry suggested that Azoulay be transferred to another prison in Turkey. His legal team refused and reiterated their demands for his repatriation.

Azoulay was still sent to the prison where he is currently being held, 800 km from Istanbul. “He is even more isolated there than in Istanbul,” said Wiesenfeld. “His family can no longer visit him because the area is surrounded by jihadists and it is dangerous.”

Letters and a short phone call every week with his brother are the only means of communication he has with his family.

The return process is still in a dead end. “The request for the transfer of Fabien Azoulay, which was officially made in November 2019, has not seen any progress in almost two years,” his lawyers said in a statement dated April 8. “We are aware that trade between France and Turkey is strained, but it is not acceptable for Fabien Azoulay to bear the brunt of this. ”

“Fabien is a security breach due to misunderstandings between France and Turkey,” said Wiesenfeld.

A relaxation seemed possible after a phone call in early March between Macron and Erdogan. But a new row broke out in France at the end of March over plans to build a mosque in Strasbourg.

In this tense diplomatic context, his lawyers and the Hexagon Society are fighting in their fight for Azoulay. “We sent letters to the Ministry of Foreign Affairs, to the Turkish Ambassador to France and to the French Ambassador to Turkey. Their response led us to believe that the Ministry would like to act but that it cannot, that it has to wait for the green light from the Presidential Palace in Élysée. “

Contacted by Jowharon Monday, a diplomatic source stated that “the Foreign Ministry in Paris and our embassy in Turkey are fully mobilized regarding Mr. Azoulay’s situation”.

For their part, Azoulay’s lawyers sent a letter to Macron, which has so far remained unanswered, says Montenot.

‘He wants to commit suicide’

On Saturday, a support group for Azoulay launched a petition to warn the public. By Tuesday morning, it had already collected more than 77,000 signatures, including those of high-profile French personalities such as author and economist Jacques Attali, Paris Mayor Audrey Pulvar and author Pascal Bruckner.

But Azoulay’s trials continue. “His brother is trying to help Fabien as best he can. If he told him the true extent of the French government’s inertia, I do not think Fabien would survive,” Montenot said.

“Fabien has told his family that he will not be able to do this, his fourth year in prison. He has fallen into a severe depression. He is taking medicine and wants to commit suicide. He fears for his life.”