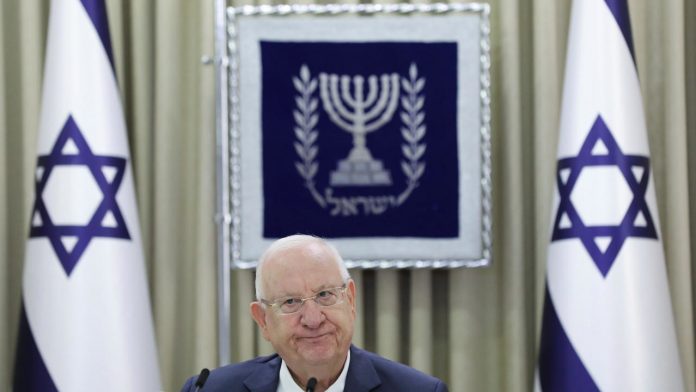 The Israeli president planned on Tuesday to announce a candidate to try to form a government after consultations with political parties, leaving Prime Minister Benjamin Netanyahu the obvious favorite with the most support.

But the president, Reuven Rivlin, has a lot of room for discretion according to law when he makes his choice. He said on Monday that “ethical considerations” could come into play, an obvious reference to the three corruption cases against Netanyahu.

The Israeli election on March 23, the fourth in two years, ended with neither a Netanyahu-led right-wing and religious bloc nor a future alliance between its opponents winning a parliamentary majority.

The political dead end remained unbroken after Rivlin’s marathon discussions with representatives of all parties that won seats in the legislature. A spokesman for Rivlin said the consultation round had ended and the president would make his decision on Tuesday.

Three parties, with a total of 16 parliamentary seats, declined in their meetings with Rivlin to nominate any candidate.

Netanyahu has called on Bennett and another former ally, Gideon Saar, who founded the right-wing New Horizon party after leaving the prime minister’s conservative Likud, to join him in breaking the deadlock.

Bennett has not been involved in collaborating again with Netanyahu, with whom he has had a rocky relationship.

Saar has said he would not serve under Netanyahu, referring to the prime minister’s corruption trial – which began on Monday – but stopped supporting Lapid.

Netanyahu, who has denied wrongdoing, attended part of the court hearing and later reiterated allegations that the indictment was “an attempted coup” with the aim of dismissing a “strong, right-wing prime minister”.

With Rivlin’s decision pending, Lapid said on Monday that he had proposed a coalition agreement to Bennett. Under the arrangement, Bennett would first serve as prime minister and then Lapid would take over.

“The Israeli public must see that its leaders can work together,” Lapid said in a televised address.

Bennett did not immediately comment on Lapid’s offer. Political commentators said such an agreement could also pave the way for the right-wing Saar to join Lapid, with the prospect of Bennett, a Conservative colleague, at the helm.

The person elected will have 28 days to try to form a coalition and can request a two-week extension from Rivlin, who has the opportunity to assign the task to someone else if no government is formed.