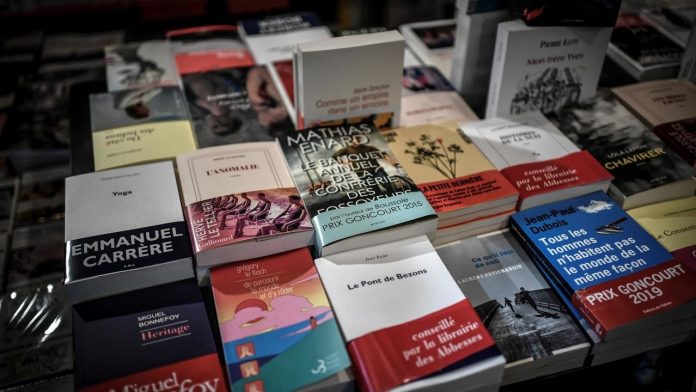 Stop sending us your manuscripts! This is the message that the French publisher Gallimard sent out to future authors in April after receiving a flood of grants.

Gallimard, known for publishing Marcel Proust, Simone de Beauvoir and Albert Camus, wrote politely on his website and on Twitter: “Given the exceptional circumstances, we ask you to postpone submitting your manuscripts. Take care of yourself and happy reading. ”

# Release Account of exceptional circumstances, we ask you to send the manuscripts. Take care of yourself and always have good lectures to all 📚🙌

Consecutive Covid-19 lockdowns in France have given budding writers time to finally work on the idea of ​​a novel or to polish an old manuscript that disappears in a box. As a result, publishers are overwhelmed. Before the pandemic, Gallimard received about 30 manuscripts a day; now they get about 50.

Gallimard is not the only French publisher facing an improvement in submissions. Publishers Seuil normally receive about 3,500 manuscripts per year. During the first three months of 2021, it had already received 1,200.

In addition to the mountain of submissions to wade through, the publishing industry is already facing a backlog. Bookstores in France were ordered to close during the country’s first lock-in in March and May and were only open for clicks and pick-ups during the second lock-in in October.

In February 2021, the government decided to classify bookstores as “essential” services and authorized them to open in the midst of regional restrictions and during this month’s third nationwide lockdown. But the interruptions in the industry’s normal publishing schedule mean that many editors have postponed certain books and left the publishing calendar 2021 already full.

Véronique Cardi, head of the publishing house JC Lattès, told France Culture that they have never been so prepared for France’s rentrée littéraire – the autumn period when publishers traditionally publish a wave of new editions. “Our writers have had time to finish their manuscripts,” she explained. “And we’ve got a lot of new writers, people who took advantage of being locked out or banned from writing.”

If publishing has always been tricky, increased competition has made it even more difficult. Many authors turn to self-publishing and circumvent the need for a publisher.

Librinova, an agency that helps authors publish their own books, published 40% more books in 2020 than the year before – and 90% more in April 2020 alone. The self-publishing platform Books on Demand also saw similar growth in France.

More than 5 million French people started a writing project during the first lock, according to a survey by Harris Interactive.

But while the French may write more, they also read less.

While French people remain avid readers (more than 80% of French people read at least one book by 2020), overall reading rates were lower last year, according to a report published in March by the Center national du livre (National Center for Publication).

The study’s authors attributed the decline to the closure of reading rooms as a library, the loss of valuable reading time that commuting gives many French workers and the difficulty of separating work from leisure when working from home.

So if budding French novelists want to be published, they have to read again.