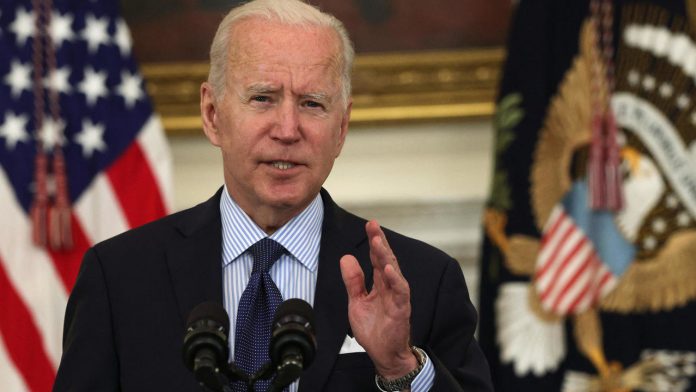 On Tuesday, President Joe Biden announced a goal of having 70% of American adults vaccinated with at least one Covid-19 shot by July 4 Independence Day, and especially urged young people in their 20s and 30s to be inoculated.

The president, who has made fighting the coronavirus a key priority for his administration, had previously announced July 4 as a target date for when Americans can gather in small groups to signal a return to greater normality in the midst of the pandemic.

Biden’s new goals come when the administration faces increasing, but not unexpected, challenges in getting shots in the arms of people who are hesitant about the vaccine. The new goal takes that reality into account.

“Now that we have the vaccine supply, we are focusing on convincing even more Americans to show up and get the vaccine available to them,” Biden told White House reporters as he announced his goal. “If we succeed in this endeavor … the Americans will have taken a serious step towards returning to normal.”

Biden’s new goals include having 160 million adults fully vaccinated by the fourth of July.

An administration official told reporters that 105 million Americans are fully vaccinated at this time and that more than 56% of American adults, or 147 million people, have received at least one shot.

“There are a lot of younger people, especially those in their 20s and 30s, who think they don’t need it. Well, I want to be very clear: You need to be vaccinated,” Biden said.

The president’s goal would result in about half of the entire U.S. population being vaccinated in early July.

U.S. officials are ready to administer vaccines to adolescents once they are approved by the Food and Drug Administration (FDA).

To meet the president’s goals, the government will work to make the vaccine even more accessible by allowing thousands of pharmacies to meet and use the Federal Emergency Management Agency (FEMA) “to support more pop-up clinics,” the White House said in a statement.