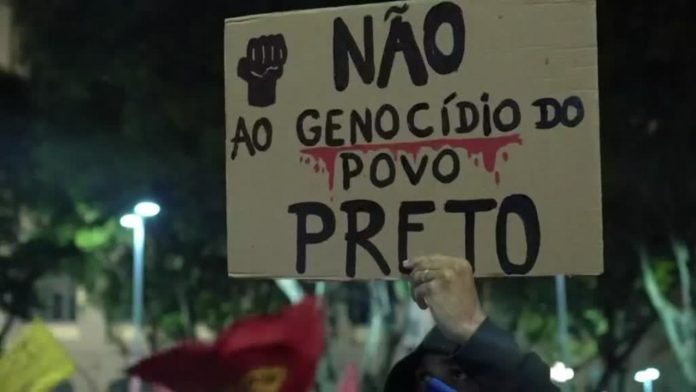 Thousands of Brazilians thronged the streets of Rio de Janeiro and Sao Paolo on Thursday to protest racism and police brutality after 28 people were killed in an anti-drug attack in a Rio favela last week. The police operation was the deadliest ever carried out by the country’s security forces. Many of the victims were unarmed, according to witnesses. Jowharreports from the demonstration in Rio.

“There is no death penalty in Brazil, only in the favelas!” David Miranda, a federal deputy from the left-wing Socialism and Liberty Party (PSOL) shouts into his megaphone as he leads thousands of mostly Afro-Brazilian protesters through the streets of Rio de Janeiro to protest police brutality.

According to the United Nations, racism remains a structural problem in Brazil. About 80 percent of the people killed in Brazilian police raids are Afro-Brazilians.

“Two of my cousins ​​died in a police raid,” one of the protesters told FRANCE 24. “Every day the police come to the favelas to kill.”

Click on the player above to view the full report.