Home WORLD NEWS Two police officers were injured after the vehicle fell in the US...
Facebook
Twitter
WhatsApp
Linkedin
LINE 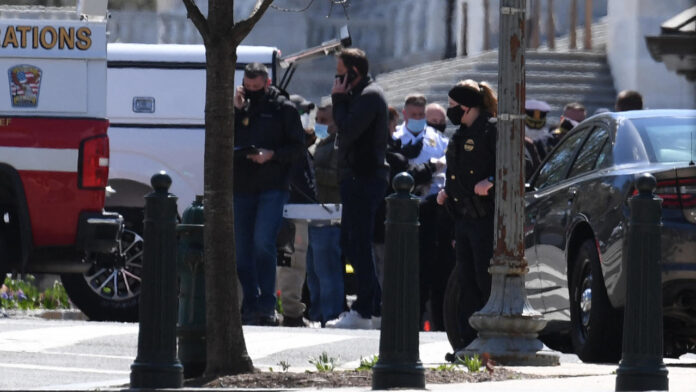 Two police officers were injured near the US Capitol in Washington, DC on Friday after being hit by a vehicle whose driver was subsequently arrested, police said.

“One suspect is in custody. Both police officers are injured. All three have been transported to the hospital,” US Capitol police said on Twitter.

CRITICAL EVENT: The USCP responds to the access point for North Barricade vehicles along Independence Avenue for reports that someone ended up in a vehicle of two USCP officers. A suspect is in custody. Both police officers are injured. All three have been transported to the hospital. pic.twitter.com/4TXIdulJc6

Police said the incident happened at a checkpoint near the Capitol. It comes as the Washington, DC region remains on the run for nearly three months after a crowd of armed rebels stormed the Capitol as Congress voted to certify Joe Biden’s presidential victory.

TV images showed a blue sedan that had crashed into a security barrier on one of the streets leading to the congress, as what appeared to be the injured officers were loaded onto carriages and ambulances.

No information was immediately available about the driver’s identity or condition.

Dozens of police cars, marked and unmarked, competed against the Capitol building. All roads leading to the complex were blocked by police or police officers.

A helicopter was seen hovering overhead and observers were ordered to leave the area. Videos from the scene showed how two people on stretchers were loaded into ambulances.

Authorities have only begun in recent weeks to remove the outer ring of tall, razor-topped fences erected around the sprawling Capitol complex following the January 6 attack by thousands of supporters of then-President Donald Trump.

Five people, including a Capitol police officer, died in the attack, inspired by Trump’s baseless allegations that he had lost the presidential election in November due to massive fraud.

Since then, security officials have said there is an ongoing threat from far-right groups and Trump supporters.

More than 300 people have been charged in the January attack, including members of armed extremist groups such as the Proud Boys and Oath Keepers, and 100 more are expected to be charged, according to a court application.

In recent weeks, some security has come loose, with the number of armed National Guard troops at the Capitol declining and a security fence that created a wide perimeter around the Capitol complex has been removed.

The danger on Friday was limited as Congress was on hiatus and relatively few people were in the building.