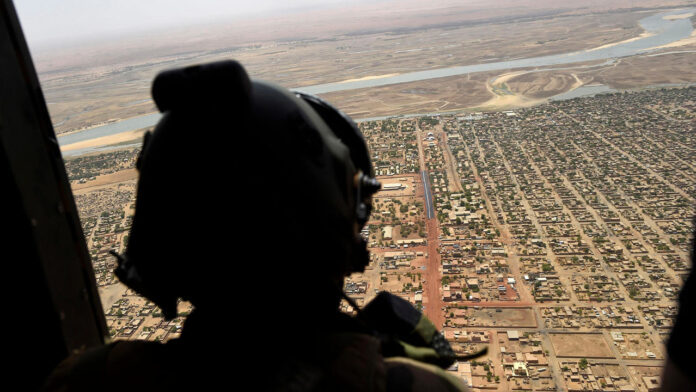 A French airstrike killed at least 19 civilians in central Mali in January, according to a UN report released on Tuesday, which added that the victims were protected under international law. The French Ministry of Defense issued a statement disproving the results of the report.

On January 3, French warplanes crashed near the remote village of Bounti in circumstances that sparked controversy in the war-torn Sahel state.

Residents of the village said the strike hit a wedding party and killed civilians.

But the French military denied the allegations, saying they had killed jihadists. It also denied that a wedding had taken place in Bounti that day.

The UN mission in Mali, known as MINUSMA, then launched an investigation into the deal.

In a report summarizing the probe’s results that AFP saw on Tuesday, the UN said that a wedding had actually taken place and had “gathered about 100 civilians at the strike site”.

It added that about five gunmen, believed to be members of the jihadist group Katiba Serma, took part in the celebration.

The French Ministry of Defense on Tuesday denied the results of the UN investigation. In a statement, the ministry said it “maintains consistency and strongly confirms” that “on January 3, French armed forces carried out an air strike targeting an armed terrorist group identified as such” near the village of Bounti.

The statement added that the ministry had “many reservations about the method used” to implement the UN probe.

At least 22 people died in the French strike, including 19 civilians, according to the probe.

“The group affected by the strike was overwhelmingly composed of civilians who are protected under international humanitarian law,” the report said.

“This strike raises serious concerns about respect for the principles of hostilities,” it added.

The UN report is based on 115 individual interviews and is a rare critique of the actions of the French forces in Mali.

The investigators also conducted group interviews and about 100 telephone interviews.

Mali has fought to curb an Islamist uprising that first broke out in the north of the country in 2012 before spreading to the center and neighboring Burkina Faso and Niger.

France, the former colonial power, intervened in Mali in 2013 to repel the jihadists and now has about 5,100 troops deployed across the semi-arid Sahel region.

Central Mali, where the strike against Bounti took place, is the center of the brutal conflict.