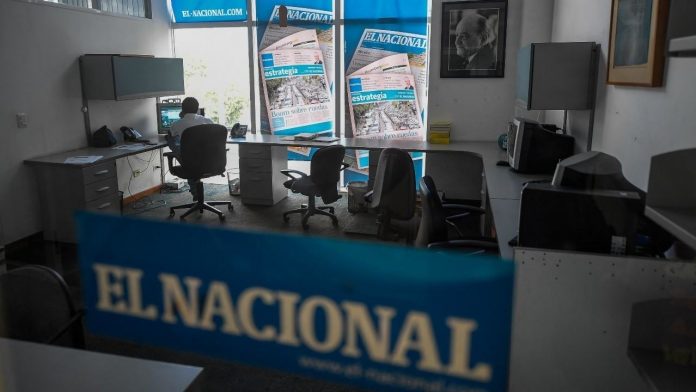 Venezuelan authorities on Friday seized the headquarters of a newspaper criticizing President Nicolas Maduro’s government in compensation for $ 13 million a court ordered to pay a top official in a defamation case.

“Right now, a judge, surrounded by national guards, entered the El Nacional building to confiscate everything,” tweeted the president of the newspaper Miguel Henrique Otero.

In April, the Supreme Court of Venezuela ordered the newspaper to pay $ 13.4 million for causing “serious moral damage” to Diosdado Cabello, the second most powerful person in Venezuela after Maduro.

“The process of paying the compensation has begun,” Cabello said on Twitter.

In 2015, Cabello, the second commander of the ruling Socialist Party, took the newspaper to court for reproducing a report by Spanish newspaper ABC accusing him of links to drug trafficking.

Cabello, who was sanctioned by the United States in 2018, denies all ties to drug trafficking.

Jorge Makriniotis, the newspaper’s manager, called the seizure of the office “another attack on democracy, freedom of expression, private property”.

“With this measure, they will not break our critical editorial stance on the government,” Makriniotis wrote on Twitter.

El Nacional had asked the Supreme Court to explain how it arrived at the astronomical $ 13 million, as an earlier decision in 2018 ordered the newspaper to pay a billion bolivars, worth about $ 600 on the black market at that moment.

The symbolic newspaper was founded in 1943 by the Venezuelan writer Miguel Otero Silva, but discontinued the print version in 2018 due to a lack of money and paper tightly controlled by the state, limiting it to friendly media.

It has clashed for two decades with the Chavism movement of the late former president Hugo Chavez and his successor Maduro, who accused the paper of colluding with the opposition to overthrow him.

After once employing 1,100 people and producing several sections, including a magazine, El Nacional is now limited to 100 employees working on an online edition.

More than 100 media outlets have been closed since Maduro took power, according to the NGO Espacio Publico.

Venezuela ranks 148th out of 180 countries on the Reporters without Borders’ Press Freedom Index 2021.