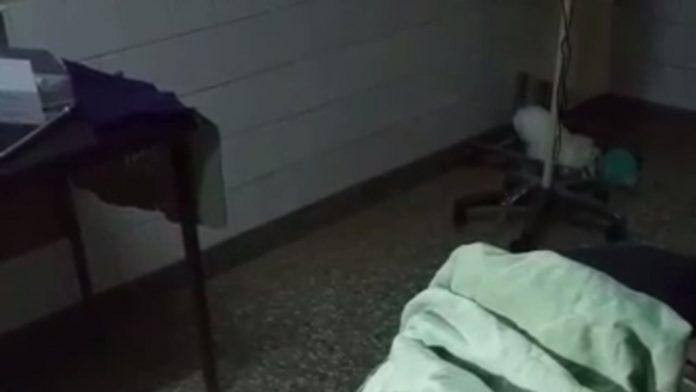 Video shows the rape as a weapon of war in Ethiopia’s Tigray region. A frightening video showing a doctor operating on a woman who was brutally raped in Ethiopia’s conflict-ridden Tigray region has been circulating a lot on WhatsApp since the beginning of March.

The operation took place at a hospital in Adigrat, in the northern part of Tigray. Our team spoke to several sources who told us about what happened to this woman, who now lives in a safe house. Her story highlights the massive and widespread rape of women in the Tigray conflict that began in late 2020.

WARNING: This story contains details about violence that may shock some readers

This video was filmed on February 17 at a hospital in Adigrat, the second largest city in the region. Watching the entire video, which lasts 2’33 “, is almost unbearable. The pictures show a woman with her legs spread apart and lying on an operating table. You can see the doctor’s hands when he operates on her vagina. He uses tweezers to extract two long nails, a plastic bag, tissues and a stone.

A woman speaks English during the video and explains that she wants this video to show the world the horror of what is happening in Tigray. At the beginning of the video you can hear men speaking in Tigrinya, the language spoken in Tigray, which allows us to identify the region where the video was filmed.

Screen capture of the upper part of the video, filmed vertically, which shows a part of the operating room, and the green drape recovers the skin of the patient’s body. Derrière, a staff of the hospital contour the operating table. © DR

Raped several times over a period of eleven days

Our team spoke to several sources who had been in direct contact with the woman. They told me she is 28 years old and has two children. On February 6, she took the bus to Tigray’s capital, Mekele, to withdraw money. In the middle of the journey, Eritrean soldiers stopped the bus and separated all the women. They took the woman to her nearby camp. She was held there for eleven days, during which time she was repeatedly raped by 23 men. She says she does not know when the objects were placed inside her.

On February 17, she was finally taken from the camp by Tigrayan prisoners escorted by Eritrean soldiers, who ordered them to abandon her by the side of the road. She spent a whole night there, partly unconscious. The next morning, some civilians found her and took her to the hospital in Adigrat, where she underwent surgery. The soldiers had taken a photo of her identity card and threatened to find her home and kill her if she told anyone what had happened.

“There is no lasting physical damage, but psychological is another matter”

A member of the medical team who was present during the operation told us more:

When she arrived at the hospital, she was incredibly weak. The gynecologist who performed the operation successfully removed two nails, several pieces of tissue, a balled plastic bag and a stone from her vaginal cavity. She was bleeding but thankfully there were no perforations [Editor’s note: holes in the wall of her vaginal cavity.] There will be no permanent damage. Her reproductive organs are still functioning. So there is no serious permanent physical injury. But when it comes to psychological trauma, it’s something else.

All staff at the hospital were horrified by this case. I have not seen or heard of this practice in any other case of rape during this conflict. And I have not heard of this happening anywhere else. We see cases of rape but not this … how can you reach that degree of inhumanity?

Our team can not be completely sure when exactly the video, which was filmed without the woman’s consent, started circulating online. A group of Eritrean soldiers came to the hospital with the intention of killing the victim and she was later moved to a safe place with her two children.

The member of the medical staff at Adigrat Hospital told our team that they have treated many rape survivors:

Since the end of December, we have treated 254 women who have survived rape. Of these women, 175 had become pregnant as a result of their rapes. We were able to terminate all of these pregnancies. One of the women, who was already pregnant when she was raped, was left incontinent from her injuries. The youngest rape victim was four years old, the oldest was 89.

The media has reported many stories of women from Tigray being raped by soldiers – either Eritrean or Ethiopian – or by members of the militia, and reports have increased since March. This video documenting the violence against this woman provides a unique and frightening visual illustration to these reports.

On March 23, Ethiopian Prime Minister Abiy Ahmed, who won the Nobel Peace Prize in 2019, finally acknowledged that the Eritrean army participated in the conflict in Tigray along with the Ethiopian army. He also said that rapes had been committed without specifying which party. He promised that the perpetrators of these rapes would be brought to justice without giving any further details. He also said that Eritrean troops would leave the country. But several weeks later, in mid-April, there are still Eritrean troops on the ground. Accusations of rape as well as massacres and looting continue to flow in.

Thousands of people have died in the conflict that began on November 4, 2020 between the Tigray People’s Liberation Front (TPLF) and the Ethiopian government. Eritrea, which has historically been hostile to the TPLF, sent troops to fight alongside Ethiopian troops. According to the UN, 4.5 million Tigrayans, out of a population of six million, need humanitarian aid.