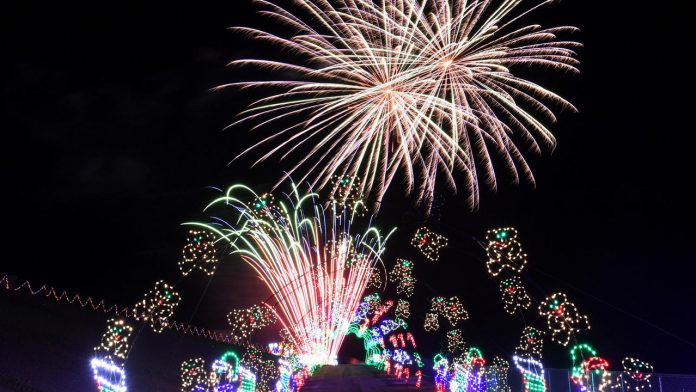 For many, 2020 will be one of the darkest in memory. But in the midst of the tumult caused by the coronavirus pandemic and the resulting economic crisis, there was the rare good news that could bring some cheers. Here are ten feel good things from what has generally been seen as an annus horribilis.

It was the year of the lightning-fast vaccine. © Joel Saget, AFP / Archive

The dawn of the coronavirus crisis that was to spread around the world immediately affected a global race to find a vaccine. The unsurpassed effort, based on international cooperation, ended with a number of expensive serums being administered to the most vulnerable to Covid-19 in France and the rest of the European Union, the United Kingdom, Canada, the United States and Russia before the year was out. No vaccine in history has ever developed so rapidly.

As a bonus, research into coronavirus vaccines also boosted the development of treatments based on synthetic messenger RNA (mRNA). The technology was first developed in the 1970s and could be used to fight certain types of cancer.

The hot air balloon operated by Airparif, the organization responsible for monitoring air quality in the Paris area, will fly over the French capital on May 7, 2020 during France’s first shutdown of Covid-19. © Joel Saget, AFP

Much of humanity breathed better air by 2020. The slowdown and cessation of economic sectors when the world was locked in to combat the pandemic enabled reductions in air pollution in several countries. As early as February, NASA satellite images illustrated a drastic reduction in nitrogen dioxide (NO2) concentrations, mainly produced by vehicles and thermal power plants, in Wuhan, the epicenter of the Covid-19 pandemic.

In its annual report, the UN Environment Program said that reductions in industrial activity, electricity production and travel should lead to a reduction in emissions of 7 percent by 2020. However, the good news should be mitigated by the fact that even reductions of that magnitude will only mean a decline at 0.01 ° C in 2050 as global temperatures continue to rise.

3. The unstoppable increase in cycling in France and Europe

Cyclists travel in the cycle lane along the embankment in central London on 16 May 2020, following a relaxation of the locking rules in England during the new coronavirus pandemic. © Justin Tallis, AFP

Good for health and good for the planet, cycling was at the center in 2020, the cycling year. In 2019, almost 4 out of ten professionals said they cycled to work. That trend accelerated markedly this year in France. From the French pension reform strikes that made work a headache for many early in the year to the pandemic that changed office life as we know it, many metropolitan residents began to tread on their commuting and on local travel. The number of cyclists increased by more than 200 percent by 2020 on certain routes in major French cities, according to Strava, a smartphone app for cyclists and pedestrians.

In fact, the trend extends to the whole of Europe. In the Netherlands, which was already a bicycle hotspot, bicycle sales exploded in the midst of the pandemic, comparing it to running on toilet paper, which was an early feature of coronavirus lock-in. In Belgium, bicycle use increased by 69 percent according to Google Maps statistics. In London, cycling increased so much that Mayor Sadiq Khan promised to quadruple the number of cycle paths in the British capital.

4. Polio was officially eradicated on the African continent

While the world’s attention hung on the coronavirus crisis, the fight against polio myelitis won quietly in Africa: The World Health Organization officially declared wild polio eradicated in Africa on 25 August. “Quitting wild polioviruses in Africa is one of the biggest public health concerns. the achievements of our time and provide powerful inspiration for all of us to finish the job of eradicating polio globally, ”explained WHO Director – General Dr Tedros Adhanom Ghebreyesus. The virus used to paralyze an estimated 75,000 children annually across the continent.

A number of hostages were released from their captivity in 2020. Three French citizens and an Iraqi working for SOS Chrétiens d’Orient, who had been abducted on January 20 in Baghdad, were released on March 26. Those who kidnapped Antoine Brochon, Julien Dittmar, Alexandre Goodarzy and Tariq Mattoka are still unknown, but the abduction is believed to have been carried out by a Shiite militia close to the forces in Iraq and Iran.

Meanwhile, Roland Marchal, a specialist in conflicts in sub-Saharan Africa, was released on March 21 after a prisoner exchange between Paris and Tehran. Marchal had been detained in Iran since June 2019 together with the French-Iranian anthropologist Fariba Adelkhah, a researcher at the French Center for International Research (CERI-Sciences Po). Adelkhah, for his part, was temporarily released from prison; she stays in Tehran with her family, monitored via an electronic tag.

Aid worker Sophie Pétronin, who was the world’s last remaining French hostage in 2020, was finally released on October 8, almost four years after her abduction by gunmen in Gao, northern Mali, on Christmas Eve 2016. Pétronin, who was the head of a young child’s charity in the country , was released along with opposition leader Soumaïla Cissé and two Italian citizens in exchange for 200 detained militants released into Malian jihadists.

6. Some good news for rare and endangered species

A baby pangolin on the mother’s back in a zoo in India in 2001. Reuters

There were also some encouraging signs for animals that are at risk of extinction throughout 2020. In Asia, pangolin was withdrawn from the pharmacopoeia of traditional Chinese medicine, which had attributed the virtue to the animal’s scales. An estimated 200,000 of the creatures are drawn from nature each year. In recent months, China has broadly banned the use of wild animals for human consumption, citing a risk of communicable disease to humans, but the market is still legal for scientific research and traditional medicine.

In Africa, the International Union for the Conservation of Nature announced on March 19 that the African black rhino, a critically endangered species, is doing a little better this year than it did eight years ago. Their population has increased from 4,845 in 2012 to 5,630 this year.

For the first time since January, biologists on an expedition to Kangaroo Island in Australia observed a zebra-tailed little pygmy possum (Cercartetus lepidus) after believing the species had been eradicated by the monumental bush fires that had raged in the country in late 2019 and early 2020. The ten centimeter long marsupial is the smallest of the known pygmy possibilities.

France has also had good news on the risky species front. Capricorn made his triumphant return to the French Pyrenees, the crown of a long Franco-Spanish project. More than a century after the mountain sheep disappeared from the region, a new generation of 70 children was registered in 2020.

7. Egypt puts a stop to rides

Masked camelheads stand by the camels near the Great Pyramid of Khufu (Cheops) at the Giza Pyramids on the southwestern outskirts of the Egyptian capital Cairo on July 1, 2020. © Khaled Desoukik, AFP

More good news for our animal lovers. After elephant rides were banned at the Angkor Wat monument in Cambodia in 2019, Egypt has now banned camel rides near the tourist sites at the Pyramids of Giza.

In France, animal rights campaigns made another victory with news that wildlife would be “gradually” banned in traveling circuses in the country. Environment Minister Barbara Pompili also announced on September 29 that the reproduction and introduction of new humpback whales and dolphins at France’s three dolphinariums would be banned.

Brazil’s Marta Silva (hidden) congratulated by teammates after scoring a goal during a football match against Canada in Calais, northern France, on March 10, 2020. © Denis Charlet, AFP

“There is no more gender difference,” the president of the Brazilian Football Confederation said at a news conference on September 2. The female national team players in the football-soaked country will now receive “the same amount for prize money and daily prizes” as their male counterparts.

Equal pay is still a distant dream for many women who play in clubs and national teams elsewhere, where salaries show dizzying gaps. Some, such as the US women’s national team, have recently tried to correct the difference in court.

A technician monitors a chemical manipulation of a Carbios reactor at Carbios’ premises in Saint-Beauzire, central southern France, on April 1, 2019. © Thierry Zoccolan, AFP

A company based in Clermont-Ferrand, central France, has developed a revolutionary technology that enables the unlimited recycling of polyethylene terephthalate, commonly known as PET, which represents more than half of all plastics used worldwide. The researchers announced the discovery of an enzyme on February 27, 2019. This year, they modified it in a laboratory with the help of three scientific institutes (Insa Toulouse, Inrae and CNRS) to create a molecular champion for plastic absorption.

Since then, the company has built an industrial demonstrator outside Lyon that can recycle 2,000 tonnes of PET and will be operational in 2021. The start-up company plans to build a huge European facility in two years with the capacity to recycle 100,000 tonnes per year. and another 10 facilities worldwide by 2030.

Many artists around the world who were deprived of the stage by the coronavirus pandemic made it to virtual concerts in 2020. Global stars such as Metallica, Kylie Minogue and Boy George could offer new performances via social media and innovate before returning to the physical stage when the crisis ends. French musicians including M, Keren Ann and Christine and the Queens offered free concerts to their fans. The performances represented a blessing for less wealthy fans, who could catch their favorite artists in concert from their living rooms.

Lockdowns also seem to have inspired some of the big ones. The legendary American singer-songwriter Bob Dylan, for one who had not released a new original single in eight years, offered his fans a 17-minute song, “Murder Most Foul”, back in March.