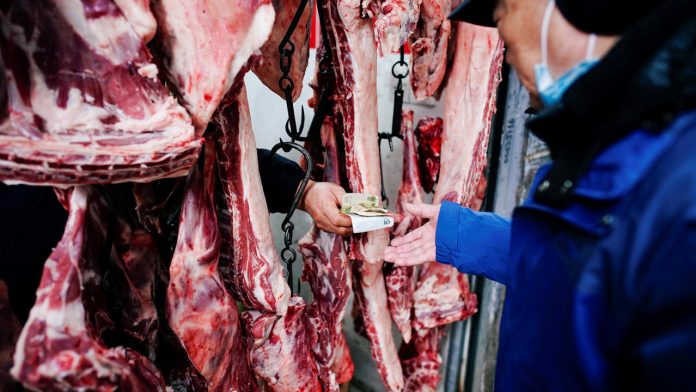 Nearly a year has passed since Huanan’s wholesale market in Wuhan, China – the suspected source of the Covid-19 pandemic – was closed. Anti-coronavirus measures in place here and in other markets have enabled the business to continue, but Chinese authorities now say that imported frozen food, rather than trade in live animals, caused the outbreak of the virus.

The site of the Huanan Market is hidden behind walls and guarded by some police. A convenience store owner across the street recalls the effects of the coronavirus outbreak in late 2019.

“There were many suppliers who came to our store to buy things … I knew the virus could be very contagious and I was scared,” she told FRANCE 24.

Among the stalls were a handful of suppliers who traded in wild animals and who are blamed for enabling the animal to be transmitted to humans. But Chinese authorities now have another theory: They say the virus was introduced by imported frozen food.

In another market in the suburbs of Wuhan, there are strict protocols for containing the virus. Customers must scan a QR code and take the temperature.

When it comes to food safety, the local population is most worried about infected products coming in from abroad.

“We dare not buy imported products,” a shopper told FRANCE 24. “But everything we find on the market has already been inspected.”

Click on the video player above to view the Jowharreport.