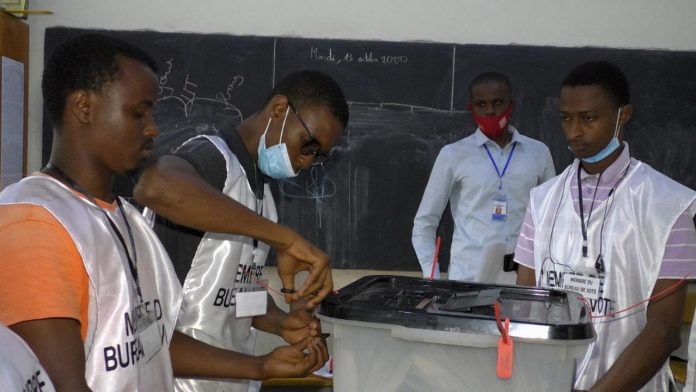 African observers said on Tuesday that Guinea’s weekend elections were conducted properly, but political opposition to incumbent Alpha Conde, who has already claimed victory, dismissed it as fraudulent.

Preliminary results for four of the country’s 38 constituencies, released by Electoral Commissioner Cabinet Cisse late on Tuesday, showed a strong lead for Conde over his main challenger Cellou Dalein Diallo, who claimed victory on Monday.

In three of the four districts, Conde secured more than the 50 percent needed to avoid a run-off vote, although an election commissioner told AFP that it was “impossible to extrapolate” to the final national result, which is expected later on ugen.

“Alpha Conde is doing everything in its power to change ballot results in his favor,” Diallo’s campaign director Fode Oussou Fofana told reporters in the capital, Conakry.

The opposition campaign has set the stage for an election conflict, with Fofana accusing the government of “large-scale fraud” in counting ballot papers from the highly controversial October 18 vote.

Conde, 82, is seeking a controversial third presidency, a move that has sparked months of deadly unrest in the West African nation.

But earlier on Tuesday, monitors from regional African blocs cast the ballot as the most fair.

AFP was unable to independently confirm the deaths, but an AFP journalist saw three injured people and heard gunshots in a suburb of Conakry on Monday night.

Meanwhile, in an apparent response to Diallo’s self-proclaimed victory, security forces dressed in riot gear surrounded his house in the capital. He tweeted that he was trapped inside.

Security forces killed dozens of people in protest of a third term in Conde, which began in October last year.

Although voting day was mostly calm, Diallo’s self-proclaimed election victory has ameliorated tensions in the former French colony of around 13 million people.

The government insists that the vote was fair and that only the official electoral authority can declare the results.

The international community is also concerned. The United Nations, the African Union and ECOWAS with 15 nations called the early declaration of results “regrettable” in a joint statement on Monday.

“This situation is not conducive to maintaining calm,” the statement said.

But on Tuesday, the communications director of Diallo’s UFDG party, Ousmane Gaoual Diallo, said the party’s own analysis of polling data collected from individual stations showed that the opposition leader had won over 50 percent of the vote.

The official election list reports sent to the electoral authority are “completely different” from the actual results, he told AFP.

Twelve candidates are vying for the presidency, but Conde and Diallo are frontrunners.

The Guinean government said in a statement on Monday that the opposition “clearly intended to create chaos and question the real results”.

Much of the deep opposition to Conde stems from his bid for a third term.

After decades as an opposition activist, Conde became Guinea’s first democratically elected president in 2010, and he won again in 2015.

Rights groups now accuse him of pushing against authoritarianism.

He unsuccessfully challenged Conde in both 2010 and 2015, in elections his party activists are convinced they were rigged for.

In a fierce political campaign before the vote, Conde and Diallo dealt with insults as well as violent incidents in some parts of the country.

The campaign also raised the specter of ethnic strife, with Conde accused of exploiting divisions for electoral purposes – an accusation he denies.

Guinea’s policies are mainly drawn along ethnic lines: the president’s base is mostly from the ethnic Malinke community and Diallo’s from the Fulani people.

A second round of voting is scheduled for November 24, if necessary.