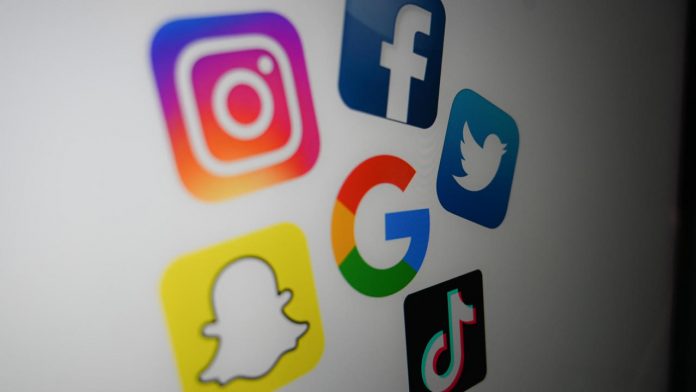 It took only four plus years of fiery tweets, racist statements and violent threats, but on January 8, Twitter finally decided to permanently ban the US president’s account with only a few days left of his term – and with it, his primary platform for talking his followers.

In addition, Google, Amazon and Apple have received Parler, a possible B social media platform for the president and his supporters. Reddit, Discord, Shopify, TikTok and Snapchat have also introduced restrictions.

Donald Trump Jr., one of the president’s sons, took to the same platform as his father had been banned from declaring that freedom of speech in the country “died with great technology”. Later, in a nine-minute rant on Facebook, he said: “It’s a sad day when big tech has more power than big government.” It is an idea that has found support on both sides of the political divide and has a core of truth.

Under increasing pressure and after a temporary shutdown of his Twitter account, the president published a video of a speech calling for a smooth transfer of power and condemning the violence in the Capitol that took place on January 6. The simple act of technology companies breaking out of Trump has not only emphasized how much power they exercised over one of the most powerful men in the world, but more generally their swing over public discourse: who gets to speak and be heard.

But so far, tech giants have refused to play god, saying it is not their responsibility to be moral arbitrators online.

In a blog post, Twitter explained its reasoning for acting now: Trump’s declaration that he would not attend Biden’s inauguration could be interpreted by his supporters as encouraging violence at the said ceremony. Commentators have found this explanation hard to believe, with a number of previous Trump tweets being more blatantly violent than this one. Kevin Roose told the New York Times that technology companies acted “as if” not calling for a rebellious mob “had been in society’s guidelines all along.”

By cracking down on Trump, tech companies are finally doing what many left-wing politicians have been demanding of them for years. Many commentators believe that the sudden change in tactics is a preparatory step to sweeten an incoming Joe Biden administration and a Democratic-led Congress.

Jennifer Palmieri, a political adviser and former communications director for the White House for the Obama administration, commented dryly on Twitter: “It has not escaped my attention that the day social media companies decided that there is actually more they can do to police Trump’s destructive behavior was on the same day, they were told that the Democrats would chair all the congressional committees that oversee them. ”

It has not escaped my attention that the day social media companies decided that there IS actually more they can do to police Trump’s destructive behavior was the same day they learned that the Democrats would chair all the congressional committees that oversee them.

Democrats are bad for technology – or at least that’s the message from Wall Street. Shares in Apple, Facebook, Alphabet (Google), Amazon and Microsoft all fell after Georgia’s Senate race was won by Democratic candidate Raphael Warnock and it looked like control of the Senate would be in the hands of Democrats.

Still, criticism of the technology sector is a two-pronged issue and perhaps one of the few topics in which Democratic and Republican lawmakers both agree on tighter regulation. However, the GOP has led a fight against Big Tech mainly because of what they see as companies kowtowing to disrupt culture, a pervasive liberal bias and censorship of conservative voices. Democrats have other priorities, among them a lack of competition.

U.S. lawmakers have already filed major lawsuits against technology companies, including an antitrust lawsuit against Facebook in December. They believe that hydration of WhatsApp, Instagram and Facebook should be broken up and regulated. A democracy-governed congress is likely to place great focus on data privacy, transparency in algorithms, competition and content moderation in the sector.

Silicon Valley is still waiting to see what kind of direction Biden will take with technology policy. He has been critical of Big Tech in the past, especially for his role in allowing the dissemination of misinformation and failing to crack down on Russian interference.

Like Trump, Biden has previously talked about withdrawing section 230, part of the Communications Decency Act, which ensures that technology companies are not responsible for the content published on their websites. Trump issued an executive order targeting episode 230 in May last year, after Twitter first took the then-unsurpassed step of disguising a tweet from the president and accompanying it with a warning of glorifying violence. This week, the executive order was dropped by the federal government, which said there would be no time to resolve it before the Trump presidency ended. But the Biden administration could put it back on the reform agenda – even if a change in the law would get enough consensus in Congress is another matter.

In late October, the US Department of Justice filed an antitrust lawsuit against Google. Biden is expected to continue with the same investigations that his predecessor initiated. He recently appointed Merrick Garland, an expert on antitrust law, as the United States Secretary of Justice.

Bitten in bed with Silicon Valley?

The Biden administration has already been criticized for bed-hopping with the technology sector, albeit to a lesser extent than Barack Obama’s government before him. In December, Reuters reported on Big Tech’s “stealth push” to get its allies into roles in the Biden administration, from wealthy tech donors to staff to senior executives trying to take advantage of the ties to the transition team.

However, it is likely that Biden will be tougher on technology companies than Obama was, largely because the Democratic Party has moved more to the left on technology issues.