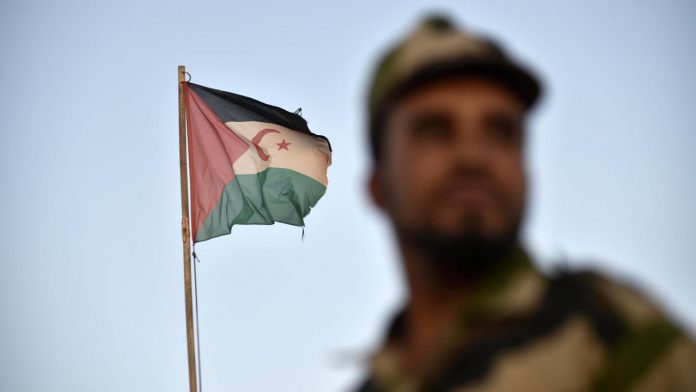 Algeria’s prime minister on Saturday criticized “foreign maneuvers” he said were aimed at destabilizing it, after Washington recognized Morocco’s sovereignty over Western Sahara in exchange for Rabat’s normalizing ties with Israel.

Algeria, Morocco’s neighbor and regional rival, is the main foreign supporter of the Polisario Front, which has been fighting for independence for Western Sahara since the 1970s.

“There are foreign maneuvers aimed at destabilizing Algeria,” said Prime Minister Abdelaziz Djerad in Algeria’s initial reaction to the US decision.

“There is now a desire from the Zionist unit to get closer to our borders,” he added, referring to Israel.

“Today we see at our borders … war and instability around Algeria,” Djerad said in a speech to celebrate the anniversary of demonstrations against French colonial rule.

The outgoing announcement by outgoing President Donald Trump on Thursday of US recognition of Moroccan sovereignty over Western Sahara was quickly dismissed by the Polisario, which has promised to fight until Moroccan forces withdraw.

Polisario announced last month that it was considering a 1991 ceasefire as over, after Morocco sent troops to a UN-patrolled buffer zone to open the way to neighboring Mauritania, Morocco’s only land connection to sub-Saharan Africa.

The Polisario has since claimed that repeated exchanges of fire have taken place along the 2,700-kilometer (1,700-mile) sand barrier that separates the two sides.

The Sahrawi Arab Democratic Republic (SADR), proclaimed by Polisario leaders in 1976, is a member of the African Union, but controls only 20 percent of the territory, mostly even desert.

The territory’s main sources of income – its phosphate deposits and the rich Atlantic fisheries – are all in Moroccan hands.

As a result, Polisario is heavily dependent on support from Algeria, where it operates back bases and camps for tens of thousands of Sahrawi refugees.

For Polisario, Algeria’s support would be crucial to any return to major fighting.

The US move raised fears in Algeria that Morocco’s deal would allow Israeli forces to work along its border.

“The Israeli army is at our borders,” wrote Algerian journalist and analyst Abed Charef.

“The rapprochement between Morocco and Israel paves the way, if it has not already happened, for Israeli support to support the Moroccan army.”

Algeria’s military newspaper, El-Djeich, in its editorial in December called on Algeria to “be ready to face” impending threats.

It warned of a “deterioration of the regional situation along our border and the threat posed by some enemy parties”.

Last month, Algeria approved constitutional amendments, including the military mandate, one of the most powerful in the region.

The changes allow the army to potentially conduct “peacekeeping” operations in neighboring countries, which include war-torn Libya and Mali.

Algerian political scientist Mansour Kedidir warned that if Israel established a border presence, it would be a “provocation”.

But he added that US recognition did not necessarily change the situation on the ground in Western Sahara, which was in the hands of the UN.

The UN – which has its MINURSO mission in Western Sahara – said its position on the territory was “unchanged”.

UN Secretary-General Antonio Guterres said “the solution to the issue can still be found based on (UN) Security Council resolutions”, his spokesman said.

Secretary of State Mike Pompeo said on Friday that the United States still favored a diplomatic solution to the Western Sahara conflict, despite Trump’s recognition of Moroccan sovereignty.

“The United States continues to believe that only political negotiations can solve the problems between Morocco and the Polisario,” Pompeo said in a statement.

The Algerian Foreign Ministry said on Saturday that the US decision “had no legal effect”.

“The Western Sahara conflict is a decolonization issue that can only be resolved through the application of international law,” it said.