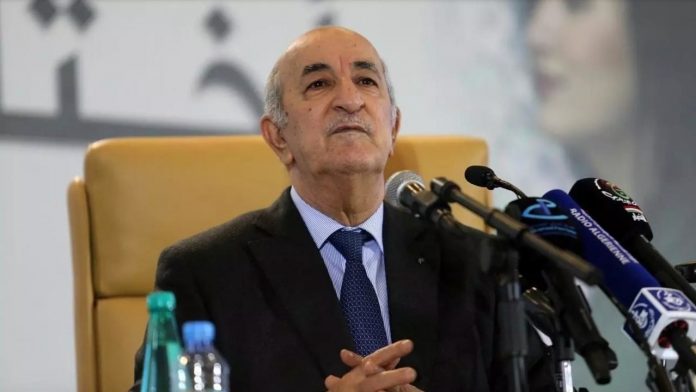 The Algerian president was transferred from the hospital in Algiers to Germany on Wednesday, officials said, days after the 74-year-old went into self-isolation following reports of suspected coronavirus cases among his aides.

“The President of the Republic, Mr Abdelmadjid Tebboune, was transferred … to Germany for thorough medical examinations on the recommendation of medical staff,” said a statement from the presidency.

The transfer comes after officials said Saturday that Tebboune had “voluntarily” gone into self-isolation for five days amid reports that several presidency and government officials had contracted Covid-19 disease.

On Tuesday, Tebboune, a heavy smoker, was admitted to a “specialized care unit” at a military hospital in Algeria’s capital.

The presidency said at the time that his “state of health does not give cause for concern”, but gave no further details.

On Wednesday, Tebboune had expected to inaugurate the prayer hall in the new large mosque in Algiers, the third largest in the world.

The president’s inauguration also comes ahead of a November 1 referendum on constitutional reforms that the government hopes will satisfy a protest movement. The vote is a flagship initiative by Tebboune.

Algeria has seen a resurgence in new coronavirus cases in recent weeks.

Over 57,000 cases have been registered in the country with 44 million, including more than 1,940 deaths.