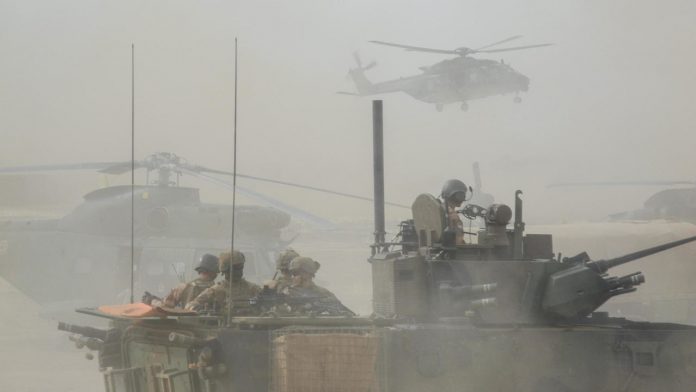 The Al-Qaeda-linked group to support Islam and Muslims (GSIM) has claimed responsibility for an attack that killed three French soldiers in Mali, said a statement from its propaganda platform Al-Zallaqa.

The three died on Monday when their armored vehicle struck an explosive device in the middle of the poor state of the Sahel.

The group, the largest jihadist alliance in the Sahel, cited a number of reasons for the attack, including the continued French military presence in the region, cartoons of the Prophet Mohammed published by a French newspaper and French President Emmanuel Macron’s defense of them in the name. freedom of speech.

The deaths led to 47 French soldiers killed in Mali since France first intervened militarily in January 2013 to help drive back Islamist jihadists who had crossed parts of the West African country.

Deeply saddened by the announcement of the deaths of BCH Tanerii MAURI, 1CL Dorian ISSAKHANIAN and 1CL Quentin PAUCHET, engaged in the #Barkhane operation and death in combat. Thoughts from all over the @ armeedeterre for their family, their neighbors and their # 1RCH comrades. pic.twitter.com/nA7kxCoOZq

The GSIM statement was authenticated by SITE Intelligence, which monitors jihadist activities around the world.