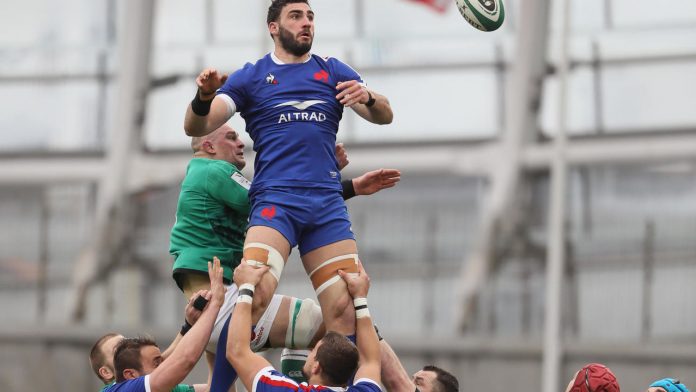 France’s captain Charles Ollivon was among five players on Monday excluded from this weekend’s six-nation team against Scotland after testing positive for Covid-19.

The French Rugby Federation (FFR) announced that Ollivon, Cyril Baille, Peato Mauvaka, Romain Taofifenua and Brice Dulin have been withdrawn from the squad after contracting the virus.

The new cases take the total number in the France camp to 14, including coach Fabien Galthie and scrum half Antoine Dupont.

“In view of the isolation, the return of affected players and employees is ongoing,” the federation said in a statement.

“The return to collective education is canceled on Wednesday, subject to the results of tests performed every 24 hours,” it added.

Dupont, who tested positive last week, had already been left out of the 31-man squad for Sunday’s match in Paris. FFR also revealed that hooker Julien Marchand and center Arthur Vincent had tested positive on Saturday.

Dupont, last season’s Six Nations player, is reportedly asymptomatic and could in theory have observed a seven-day quarantine and returned to the match at the Stade de France.

The French government will increase the quarantine period to ten days from Monday.

Marchand and Vincent were also left out, as were prop Mohamed Haouas and winger Gabin Villiere who tested positive on Friday.

The unlimited forward trios Gaetan Barlot, Thierry Paiva and Cyril Cazeaux have been added to the squad, along with back rowing Baptiste Pesenti and back Thomas Ramos.

France is at the top of the Six Nations table after victories against Italy and Ireland. Dupont was named a player in the second round for his performance in the 15-13 victory in Dublin on 14 February.