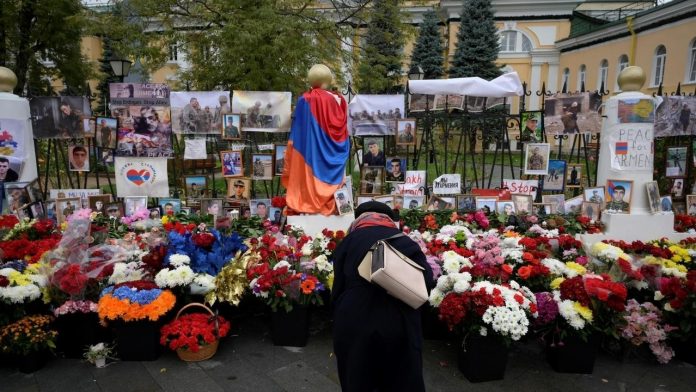 A Kremlin spokesman said the leaders of Russia, Azerbaijan and Armenia had signed a ceasefire agreement on the Nagorno-Karabakh region, Russian authorities reported on Tuesday.

Russian President Vladimir Putin said in a statement on Tuesday that Russian peacekeepers would be deployed along the front line in Nagorno-Karabakh following an agreement to stop military conflict between Armenian and Azerbaijan forces.

He said he hoped the agreements “will create the necessary conditions for a long-term and full-scale solution to the Nagorno-Karabakh crisis”.

Armenian Prime Minister Nikol Pashinyan said earlier that he had signed an agreement with the leaders of Russia and Azerbaijan to end the war on Tuesday. He described the deal as “painful” and said he would speak to the nation “in the coming days”.