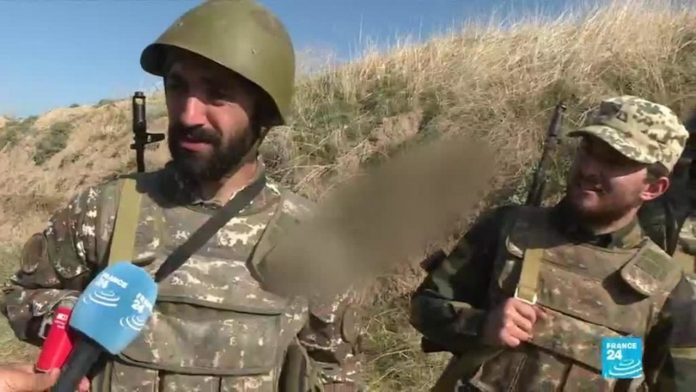 In abandoned mountain villages and small towns crushed by shelling in Nagorno-Karabakh, Jowharspoke to soldiers fighting in the disputed enclave since the war between Armenia and Azerbaijan broke out last month. They include local Armenian residents who have been called up to serve in the front line as well as members of the Armenian diaspora from countries like France who are doing what they can to support their homeland.

As renewed fighting this week jeopardized a US-backed ceasefire in Nagorno-Karabakh, reservists and volunteers from the vast Armenian diaspora are determined to support their homeland.

In the Maturni district of the mountainous enclave marked by war scars, local reservists recounted how their lives changed overnight. “Three weeks ago, life was peaceful, everyone was busy with their own jobs,” said one soldier.

But when the fighting began, there was no question of answering the call for military service – even for some French citizens of Armenian origin. “We left in hopes of helping with the war, if not in active military service, then in another way, not necessarily by going to the front and carrying a weapon. Because all the Armenian people, the whole country, are involved,” Sipan Mouradian explained , a 28-year-old French citizen.