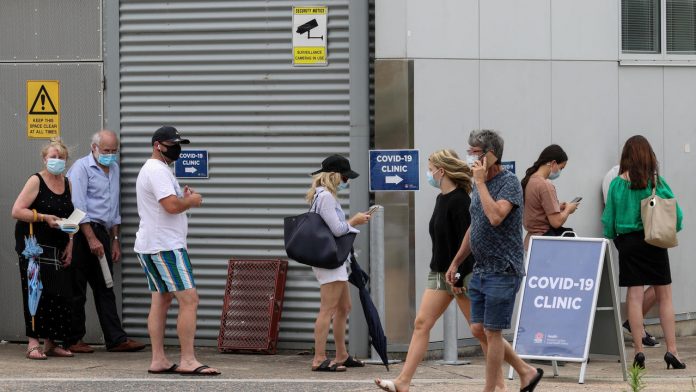 Australia reopened its “travel bubble” with New Zealand on Sunday after the neighboring country reported no new locally acquired Covid-19 cases, but added new screening measures as it marked its longest infection-free run since the outbreak began.

The decision marks the resumption of the only international arrivals to Australia that do not need a 14-day hotel quarantine.

However, Australia would require screening of New Zealand travelers before and after flights over the next ten days, Kidd added, “given that there is still a small risk of further associated cases being detected and with an abundance of caution”.

The resumption came as Australia marked two weeks without a locally acquired case of the virus, which has infected 29,000 in the country and killed 909.

Australia, which has closed its borders to all countries except New Zealand since March 2020, is now planning a vaccination program starting at the end of February.

On Sunday, Health Secretary Greg Hunt said the government would invite the nation’s approximately 5,800 community pharmacies this week to apply for a federally funded program to pay them to administer vaccinations, along with doctors and health care professionals.

“It means more presence points for Australians when it comes to where they can get their Covid-19 vaccine,” said Hunt.

“This is potentially life-saving medicine. The drugs can work with varying degrees of effectiveness, but all the way up this can improve lives, prolong life or save lives.”

The government plans to start vaccinating priority groups such as the elderly and domestic Australians with a shot developed by Pfizer Inc and BioNTech SE from the end of February.

The plan also includes a vaccine developed by AstraZeneca Plc, although that product has not yet been approved by the Australian Therapeutic Commodity Administration. Pharmacists involved in the program would receive training to administer the AstraZeneca vaccine, with the first shot scheduled for May, Hunt said.