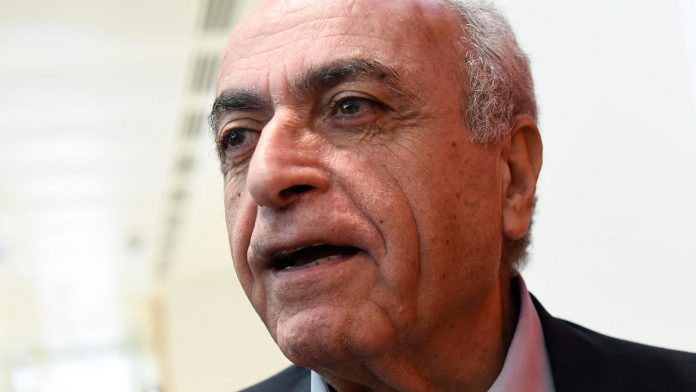 Lebanon has arrested a Lebanese-French businessman who was close to former French President Nicolas Sarkozy after receiving a request for arrest from Interpol, a legal source told AFP on Friday.

“Internal security forces have detained (Ziad) Takieddine, based on an arrest warrant Interpol sent the public indictment, over him requested by the French authorities over involvement in corruption and funding of Sarkozy’s campaign,” the source said.

Takieddine was once the chief prosecutor in an investigation into suspected Libyan funding of Sarkozy’s 2007 election campaign.

The businessman was investigated at the end of 2016 after he told the press that he had delivered millions of euros in cash from the Libyan dictator Moamer Gadhafi.

Sarkozy was given a break last month when Takieddine suddenly withdrew his claim.

The 70-year-old businessman fled to Beirut after a French court in June sentenced him to five years in prison in a separate case with millions of euros in kickbacks from arms sales to Pakistan and Saudi Arabia signed in 1994.

The legal source said Takieddine was questioned by security forces under the supervision of a judge and would be transferred to the public prosecutor for further investigation on Monday.

If the charges against him were found to be justified, he could be tried in Lebanon as a Lebanese citizen or extradited to France, the source said.

On Thursday, former French Interior Minister Claude Gueant was accused of being part of a criminal conspiracy over Libyan funding.

Sarkozy himself is currently on trial for corruption in a separate case.

Takieddine spent two weeks in prison in Lebanon from October 26 to November 10 as part of a disagreement with his former lawyer Hani Mourad and was later released.