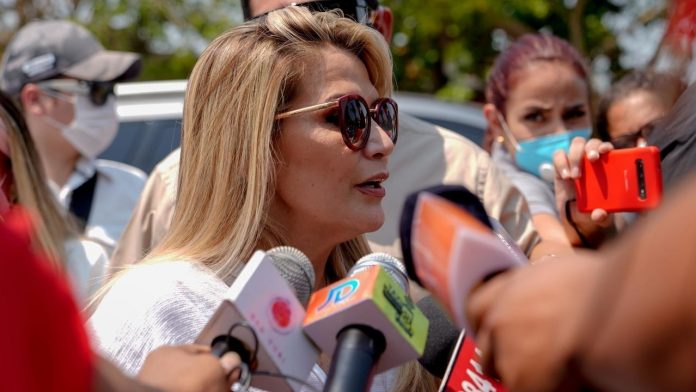 The Chamber of Deputies and the Senate, which met in joint session, approved a parliamentary report on “massacres in Senkata, Sacaba and Yapacani, which recommend a criminal charge against Jeanine Anez for genocide and other offenses”, according to the Senate Twitter account.

A parliamentary commission, controlled by the Movement for Socialism (MAS) party of ex-president Evo Morales, spent months investigating incidents that took place in several regions of the country between October and November 2019, leaving around 30 dead.

It presented its report on Tuesday, just over a week after the new Socialist president Luis Arce, the MAS candidate, took power.

An investigation by the Inter-American Commission on Human Rights (CIDH) found that 35 people were killed in these incidents.

The unrest came after Morales won an unconstitutional fourth term in an election that sparked weeks of protests and allegations of fraud.

Morales was forced to resign on November 10 before going into exile in Mexico and then Argentina.

Senate President Eva Copa, a member of the MAS, specified that the report would be submitted to the Bolivian prosecutor’s office to open possible cases.

She also reckons that the report is likely to be approved by the new parliament, where MAS retains its majority and which is due to accede next week.