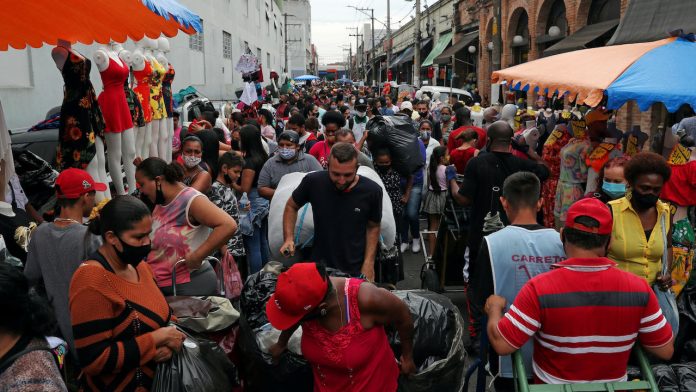 Brazil registered more than 1,000 new COVID-19 deaths for the first time in more than three months on Thursday, as its highest court ruled that vaccinations could be required in the South American country.

Brazil, which has the second deadliest outbreak in the world behind the United States, reported 1,092 coronavirus deaths and 69,826 new confirmed cases, as a second wave that has gained momentum since mid-November is becoming increasingly difficult.

It was the highest number of deaths since September 15, when the country reported 1115 deaths. The pandemic has now claimed 184,827 Brazilian lives and left over 7 million infections.

The appetite for widespread lock-in seems to be limited in Brazil, which has pockets of severe poverty. But a Brazilian Supreme Court has ruled that bars and restaurants in Sao Paulo, the country’s most populous state, will stop serving alcohol after 8 p.m.

The court also ruled that Brazilians could be “required, but not forced” by civilian authorities to be vaccinated. The specific enforcement mechanisms allowed in the decision were not immediately clear, but the Supreme Court Ricardo Lewandowski wrote in the majority decision that individuals who refuse to take vaccines may be subject to sanctions, such as the inability to participate in certain activities or to visit certain places.

Brazil’s right-wing president Jair Bolsonaro, who has often played down the pandemic’s severity, has repeatedly said in the past that he will not take any vaccine and that ordinary Brazilians would not have to do so either, a position that puts him in conflict. with the court.

Brazil’s Bolsonaro says he will not take Covid-19 vaccine

Earlier in the day, in a setback against Brazil’s efforts to fight the pandemic, Health Minister Eduardo Pazuello said Pfizer Inc. was having a hard time getting approval for its vaccine in Brazil. He said that a manager from Pfizer told him that the approval process turned out to be more burdensome than expected in Brazil.