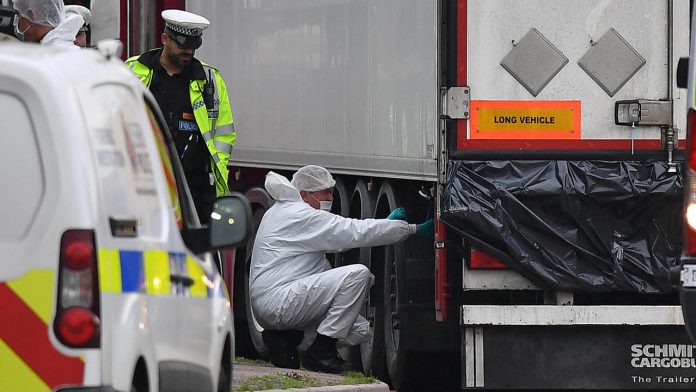 Four men received prison sentences ranging from 13 to 27 on Friday for their involvement in a smuggling operation that led to the deaths of 39 Vietnamese migrants.

The four men who were on trial at the Old Bailey Court in central London were faced with a range of charges, from murder to conspiracy to commit illegal immigration.

The lifeless bodies of the migrants – between 15 and 44 years old – were discovered in a sealed container in a port near London in October 2019.

A post-mortem showed that the victims died of lack of oxygen and overheating in the refrigerated truck.

The gruesome discovery shocked Britain and Vietnam and threw a spotlight on the illegal global trade that is sending the poor in Asia, Africa and the Middle East on dangerous journeys to the West.

Most of those who died were from the provinces of Nghe An and Ha Tinh in north-central Vietnam, where poor job prospects, environmental disasters and the promise of financial rewards abroad lead to migration.

Seven people were arrested in Vietnam last year for their role in the tragedy.