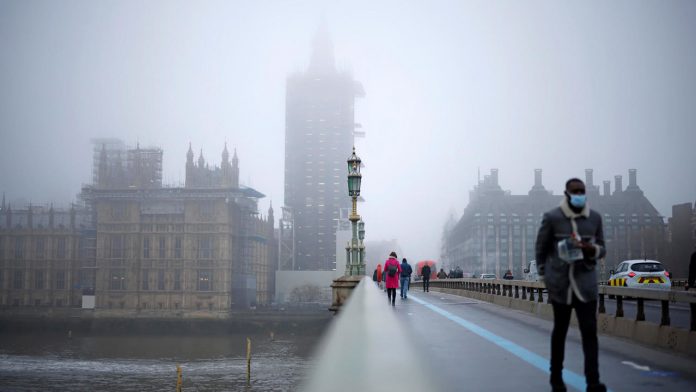 Britain said on Tuesday it would release clauses in draft national legislation that violate the Brexit withdrawal agreement after concluding an agreement with the European Union on how to deal with the border between Ireland and Northern Ireland.

Michael Gove, one of Prime Minister Boris Johnson’s top ministers, announced an “agreement in principle on all issues, in particular with regard to the protocol on Ireland and Northern Ireland”.

The deal is separate for broader trade talks, which have yet to find a solution on how to handle nearly $ 1 trillion in annual trade between the UK and the EU, despite only having a few weeks until the temporary arrangements expire.

But the agreement removes what was an important point of contention between Britain and the EU, with Brussels warning that no broader trade agreement would be possible if London went through with its threat to cancel the withdrawal agreement.

‘The key question is, what is Boris Johnson coming to Brussels to do?’

Both sides are ready to meet face to face to try to save the prospect of a broader trade agreement. The British Prime Minister Boris Johnson will meet with EU Commissioner Ursula von der Leyen in Brussels to see if they can find the breakthrough that has escaped their negotiators for several months before the country’s exit from the single market in just over three weeks. time.

“I hope this can also provide some of the positive momentum needed to build trust and confidence and enable progress in the broader context of future preliminary negotiations,” Irish Foreign Secretary Simon Coveney said after the agreement was reached on Tuesday.

Good progress! – will finally provide some assurance on the implementation of the #Brexit Protocol in Northern Ireland. Practical cooperation and flexibility have been agreed to make it as manageable as possible for people and companies. https://t.co/QKkOlx37Cl

US President-elect Joe Biden had also expressed concern over the clauses and questioned British-US trade agreement meetings amid fears that all forms of border controls between the two parts of the island could undermine Northern Ireland’s 1998 peace deal.

Sterling jumped nearly a cent against the dollar in the news, erasing most of today’s losses to $ 1.3367 at 1330 GMT and also rising sharply against the euro. “

The clauses that would have violated international law in the UK Internal Market Bill would be removed before it was finally approved, the UK government said, and similar provisions to be included in an as yet unpublished tax would also be removed.

Trade between the EU, Northern Ireland and the rest of the UK has been one of the most difficult issues to resolve in four years of Brexit talks, with Brussels cautious about creating a back door to the bloc via the open border.

The “Northern Ireland Protocol” was agreed as part of a divorce agreement signed in January to prevent a hard border between Northern Ireland and EU member Ireland, but the details of how to implement it were agreed later.

The protocol effectively keeps the UK-ruled province in the EU’s customs union and internal goods market after 31 December, when the rest of the UK leaves completely.

Tuesday’s agreement fills in some of the blank spaces provided in the January Treaty, which cover issues such as what export declarations are needed, delivery rules for medicines and food to supermarkets and the process of border control of animals and plants.

Coveney welcomed the news, saying it would provide some security.

But with only a few weeks until the new arrangements were introduced, companies were anxious to see the practical consequences of the new deal. Many companies in Northern Ireland fear that they would be hit hardest by Brexit disruptions and have appealed for a deadline after 1 January.