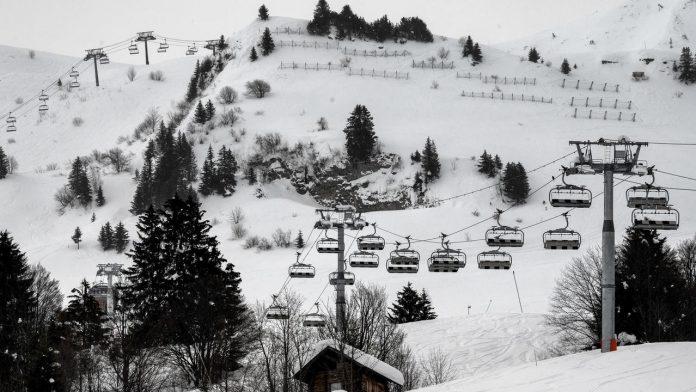 At least 14 members of a group of British tourists staying at a resort in the French Alps have tested positive for Covid-19, local officials said on Friday, despite showing negative tests on arrival in the country.

Further tests are now being carried out to see if tourists are infected with the faster spreading mutation of the virus, which is believed to have originated in England, which has caused concern across Europe.

The regional ARS health service told AFP that all 26 members of the group had undergone tests and 14 were positive so far, with other results still to come.

They have been quarantined in their residence in the town of Vallorcine, near the French alpine hub in Chamonix, with the police ensuring that their isolation is respected.

No one has been to hospital so far and the rules for self-isolation are respected, the local prefecture added. A significant effort to track contracts is also underway to prevent the spread of the cluster.

UK variant ‘could be more deadly’

British Prime Minister Boris Johnson said on Friday that there was “some evidence” that the so-called British coronavirus strain was more deadly and more contagious.

To date, only one to two percent of coronavirus cases in France are thought to have been caused by the rapidly spreading variant, but officials fear it could drastically worsen the health situation.

A new shutdown “would probably become an absolute necessity” if the spread of this variant increased “significantly” in France, warned Health Minister Olivier Véran on Thursday.

The purpose of the group’s visit was not immediately clear. According to France Bleu radio, they are students.

Alpine skiing is almost impossible in France right now because the ski lifts are closed to prevent the spread of the virus. But hotels are open and other winter activities such as snowshoeing and cross-country skiing are still allowed.