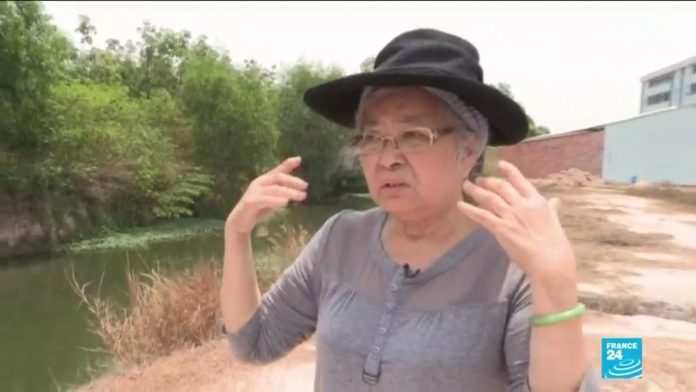 A French court on Monday began hearing a case against more than a dozen multinational companies accused by a French-Vietnamese woman of causing her and others serious harm by selling Agent Orange degreasing to the US government, which used it to devastating effect. in Vietnam War.

Tran To Nga, born in 1942 in what was then French Indochina, worked as a journalist and activist in Vietnam in his 20s.

She sued in 2014 against 14 companies that manufactured or sold the highly toxic chemical, including Monsanto, which is now owned by the German giants Bayer and Dow Chemical.

With the support of several NGOs, she accuses the companies of being responsible for damage suffered by her, her children and countless others, as well as for damage to the environment.

To date, only military veterans – from the United States, Australia and Korea – have won compensation for the after-effects of the chemical whose toxic properties Cabanès said were “absolutely phenomenal”, about 13 times the toxicity of herbicides in civilian use, such as glyphosate.

Four million people in Vietnam, Laos and Cambodia were exposed to Agent Orange, according to NGOs, during a decade when the US military sprayed an estimated 76 million liters (20 million liters) of the herbicide and dehumidifying chemical to stop the progress of the communist North. Vietnamese troops and deprive the enemy of fighting food and protection.

The United States ended its use of decomposable chemicals in the 1971 war and withdrew from Vietnam in 1975, defeated by the Viet Cong.

“I do not fight for myself, but for my children and millions of victims,” ​​says Tran.

She herself suffered from typical Agent Orange effects, including type 2 diabetes and an extremely rare insulin allergy.

She said she also contracted tuberculosis twice and developed cancer, and one of her daughters died of a heart defect.

Every year, about 6,000 children are diagnosed with congenital malformations in Vietnam, says Cabanès. According to the Vietnamese Red Cross, more than three million people suffer from the effects of Agent Orange.

“This is because the toxic particles have penetrated the soil and groundwater used to supply cities and rural areas,” said André Bouny, author of a book on Agent Orange, in an interview with FRANCE 24’s sister radio, RFI.

Multinational companies have claimed that they could not be held responsible for the use of their product by the US military.

Bayer was contacted by AFP before the trial and said that Agent Orange was made “under the sole control of the US government for military purposes”.

Shortly after the trial began on Monday, lawyers for the company claimed that the court in Evry, a southern suburb of Paris, was not properly competent to hold the trial.

Monsanto’s lawyer Jean-Daniel Bretzner told the court that the companies “acted on the orders of a government and on its behalf”.

Since the US government could not be expected to answer to a foreign court for its acts of war, companies should also be immune from prosecution, he said.

Observers said before the trial that they expected the plaintiff and her lawyers to claim that the manufacturers of Agent Orange misled the US government about its true toxicity.

The trial was originally scheduled to begin in October, but the start was postponed due to Covid-19 restrictions.