Home World Children among the dead after the migrants’ boat capsize in the English...
Facebook
Twitter
WhatsApp
Linkedin
LINE 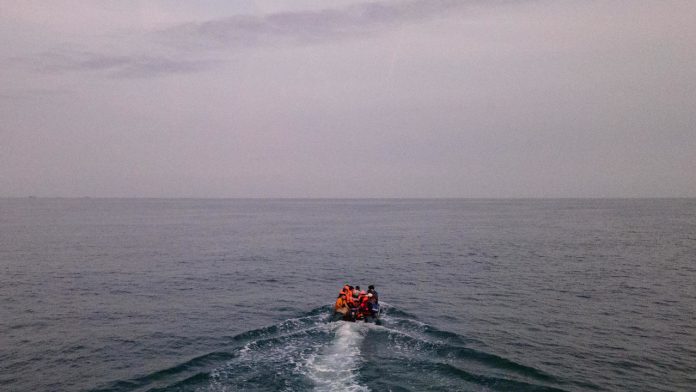 Four people including two children died on Tuesday in the canal between France and Britain after their small boat sank, making it the most deadly day for migrants trying to cross the narrow waterway.

A man drowned while a woman and two children aged five and eight died after being pulled out of the water along with 14 other people, according to the local authority in the North Department.

Some of those rescued, including the two children, went into cardiac arrest, while others developed hypothermia.

Authorities in northern France said around noon. 18:00 (1700 GMT) that the rescued had been sent to hospitals in Calais and Dunkirk with a man seriously ill but no longer in danger of dying.

The group’s small fishing boat capsized in the canal around kl. 9:30 in stormy conditions.

A passing English ship reported that the ship was in trouble and triggered a major search and rescue operation involving six boats with three aircraft.

It was estimated that there were about 20 migrants on board – apparently from Iran according to the French authorities – which means that more are still missing.

No more people were found from the boat before the search was canceled as the night fell, French authorities said.

British Home Secretary Priti Patel said in a tweet that she was “really saddened” by the deaths and that Britain has offered its support for France’s investigation.

“The tragic news highlights the dangers of crossing the canal and I will do everything I can to stop the outrageous criminals who exploit vulnerable people,” she added.

An increasing number of migrants have tried to reach the UK over the dangerous and busy shipping in recent months with four deaths recorded in 2019 and now seven so far this year.

The bodies of two men have been found on the beach at Sangatte on the outskirts of Calais since August, while another was found in the port of Kanalhavnen in May.

In September, French authorities said they had intercepted more than 1,300 people trying to reach the United Kingdom, including a handful who had tried to swim the 30-odd kilometers across the canal.

About 6,200 had attempted the transition in late August with inflatable boats, paddleboards, kayaks or even life jackets to keep them afloat.

Northern France has long been a magnet for people seeking to smuggle themselves to Britain in small boats or in one of the tens of thousands of trucks and cars that cross daily onto ferries and trains.

The issue has been a source of tension, with Britain accusing France of not doing enough to stop the transitions.

‘Living on the line’

Immigrants’ eagerness to reach Britain is down to “terrible conditions in France,” said Claire Millot of the Salam Migration Support Organization.

“They cannot claim asylum in France because most are registered in other European countries. It is easier to work with the books in England to find a place to live,” Millot said.

“They are putting their lives on the line” to cross the canal, she added.

The NGO Save the Children appealed to the French and British governments to provide “safe and legal routes for desperate families fleeing conflict, persecution and poverty”.

The channel “must not become a cemetery for children,” it added.