Home World Coronavirus is on the rise in France as the government considers new...
Facebook
Twitter
WhatsApp
Linkedin
LINE 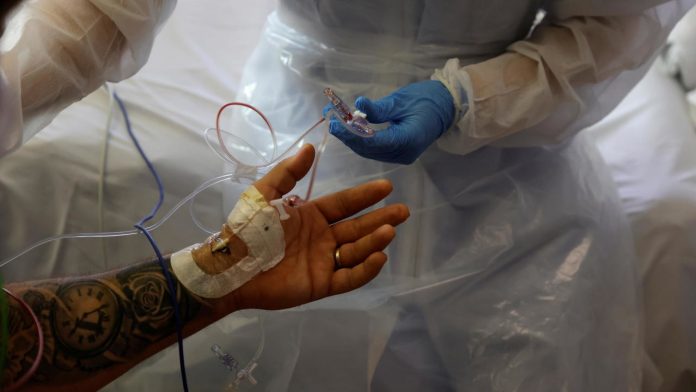 France’s coronavirus death toll rose to over 75,000 on Friday as the government reported 820 new deaths, bringing the cumulative sum to 75,620.

Friday’s figure included 355 deaths in hospitals, compared with 344 on Thursday, and 465 deaths in nursing homes in the past three days, according to data from the Ministry of Health. The seven-day moving average of deaths rose to 425 from 400 on Thursday.

France’s death toll COVID-19 is the seventh highest in the world.

The number of people in intensive care with the virus increased by another 19 to 3130 and has now been above a government target of less than 3,000 for five days.