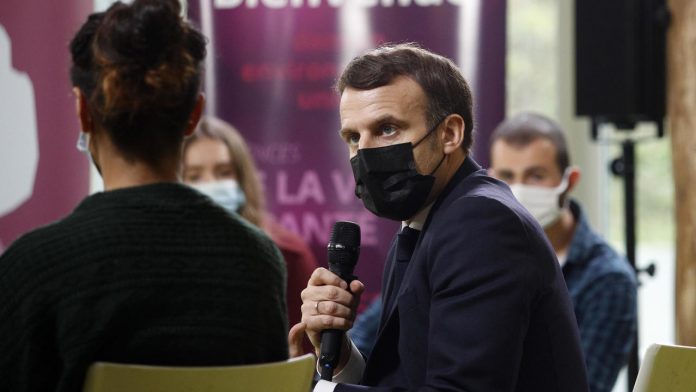 French President Emmanuel Macron warned students on Thursday to expect Covid-19 restrictions to remain in place for much of the remaining academic year.

Macron met with a group of students at the University of Paris-Saclay to hear their complaints and concerns about issues raised by Covid-19 restrictions, such as loneliness and despair over the economic downturn affecting their job prospects.

Students, like everyone else, are subject to a curfew from 6pm to 6pm.

“You have to take care of each other,” he said, acknowledging that many students were deprived of the chance to make new friends and build relationships.

Macron warned that the second semester would still “have the virus and many limitations” that came with it.

Macron said he would ensure that universities provide daily meals at one euro per day and to see if they can allow students one day a week on campus.

First-year students in France are allowed to attend classroom lessons beginning on January 25, but only in groups that are half the normal size.

Macron’s comments followed recent demonstrations in Paris and other cities where students protested against Covid-19 restrictions, which they said pushed young people to the brink of despair with loneliness and economic insecurity.

There have been cases of suicide at universities in France and around the world that have been blamed for the loneliness caused by locking.

During a protest in Paris earlier this week, Melanie Luce, president of France’s National Student Union (UNEF), said lessons should be opened to “all students” even though reducing class size would require recruiting more teachers to hold the lesson twice.

“We believe the government does not understand the scale of the situation,” she added, adding that the protests were aimed at “defending students’ academic and social lives”.

About 250 took to the streets of the western city of Rennes, where Josselin, 21, said he was “desperate for solitude”.

“I am completely alone in my 18m2 (194 square meters). Today I received my first lesson via PDF and was told to ‘manage’. There are teachers who do not even make an effort to hold video conferences”.

UNEF has said that an emergency plan of 1.5 billion euros ($ 1.8 billion) is needed for students, who demand an immediate increase in grants and help paying for housing.