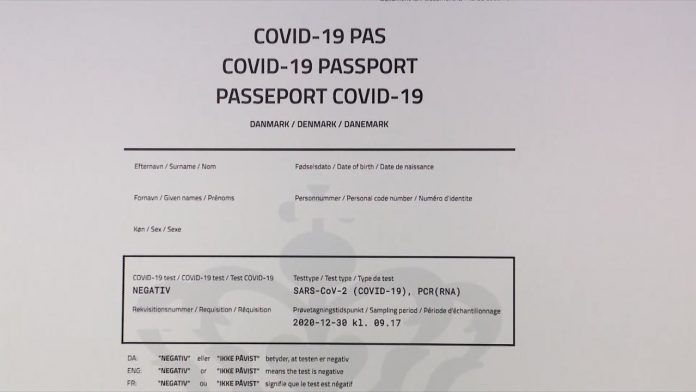 Sweden announced on Thursday that it would start the development of digital vaccine certificates, which will be used for travel and possibly more, after a similar move from Denmark a day earlier.

The two Nordic countries both said that the certificates would be designed to enable citizens to board, but also suggested that they could potentially be used to check if someone was vaccinated if they participated in something like a sporting or cultural event.

“With a digital vaccine certificate, it will be quick and easy to prove a completed vaccination,” says Sweden’s Minister for Digital Development Anders Ygeman in a statement.

The Swedish government said they hoped to have the infrastructure to issue digital certificates in place by June.

Denmark, which announced its program a day earlier, said it would initially publish an online register that could be accessed to check someone’s vaccination status, which it hopes could have in place by the end of February, while developing a long-term technical solution.

While the Danish government said it would abstain from a final decision on whether the “corona passport” could be used for more than just travel purposes – pending more research on whether vaccinated people could still transmit the virus – the goal is that it will “contribute to a gradual, sound and appropriate reopening of Denmark. ”

“It is absolutely crucial, for us to be able to restart Danish society, that companies can get back on track,” said Acting Minister of Finance Morten Bodskov in a statement.

The WHO has previously moved the idea of ​​digital certificates for the vaccine – but in January they said that they are currently opposed to them being used as a travel requirement.

In January, European Commission President Ursula von der Leyen supported the idea of ​​using certificates to identify people who have had jab, but added that “whether it gives priority or access to certain goods, this is a political and legal decision that must be made. discussed at European level. ”

Christian Wigand, a spokesman for the Commission, told reporters on Thursday that the issue had been “discussed at the last European Council of Heads of State and Government and concluded that work on a standardized, interoperable form of evidence of vaccination for medical purposes should continue”. .

Asked if countries could move forward individually, Wigand simply said that “we have always worked for more coordination, we will continue to do so, especially when it comes to travel and travel restrictions.”