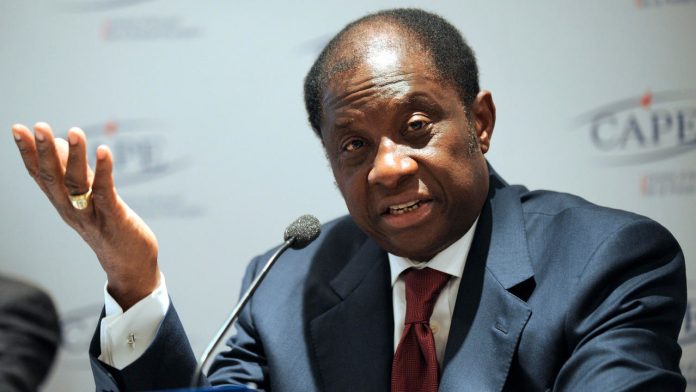 The head of the Senate of the Democratic Republic of Congo resigned on Friday, handing over another victory to President Felix Tshisekedi in his attempt to add sidekicks to his predecessor, Joseph Kabila.

The departure of Alexis Thambwe-Mwamba, a close ally of Kabila, came a week after the Prime Minister of the Democratic Republic of Congo and two months after the removal of the lower-ranking president.

In a letter to the Senate Bureau of Supervision, Thambwe Mwamba said that “there is no longer trust between a group of senators and myself”, citing plans by a majority of lawmakers to file a motion of censure against him.

A motion to debate a motion of censure had been signed by 64 senators out of 109.

The proposal had been made possible by a change in the Senate bureau – a shift that Thambwe Mwamba, a 77-year-old veteran former minister and prominent Kabila supporter, also said was a factor in his decision to quit.

His resignation is the latest in a series of political resignations at the highest level following a battle for power between supporters of Kabila and Tshisekedi, who succeeded the longtime leader in January 2019.

On Wednesday, a Tshisekedi supporter, 79-year-old Christophe Mboso, was elected Speaker of the National Assembly, three weeks after his pro-Kabila leader, Jeanine Mabunda, was forced out.

Prime Minister Sylvestre Ilunga Ilunkamba was expelled last week after a vote of no confidence in parliament, where a majority of deputies have changed allegiance from Kabila to Tshisekedi.

“Kabila will lick his wounds and wait – with over 25 parties in the Holy Union, Tshiskedi’s new majority is unlikely to be sustainable,” said Alexandre Raymakers, an analyst at London-based venture capital firm Verisk Maplecroft.

“The most important moment comes when the legislature begins to debate the election reform and lays the foundation for the 2023 election.”

Kabila resigned after 18 years in office and opened the way for elections in December 2018, which controversially won by Tshisekedi, son of a veteran opposition leader.

But the new president was forced into a coalition with Kabila supporters in parliament – an arrangement that, he complained, weakened his plans for reform.

Tensions boiled over in October last year when Tshisekedi appointed three judges to the Constitutional Court, the highest judicial authority in the Democratic Republic of Congo.

On Thursday, pro-Kabila senators staged movements to force Thambwe Mwamba out as “the last blow to the republic’s institutions” and “the mere installation of a monolithic dictatorship.”