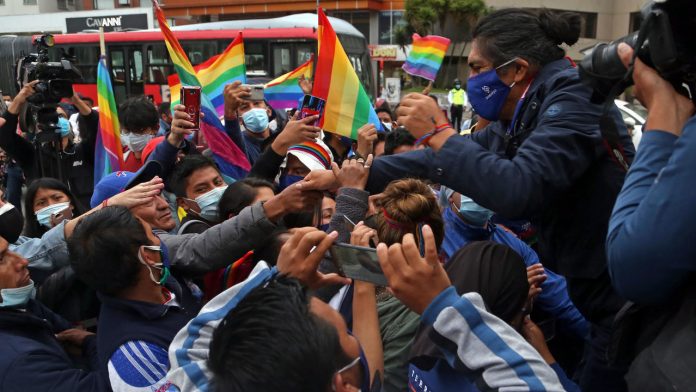 Ecuador’s National Electoral Council has suspended the recount in the first round of presidential elections requested by left-wing domestic candidate Yaku Perez, who has allegedly fraudulently denied him a place in the run-off.

The bill was put on hold after the five-member council could not reach a majority for Perez’s request after holding a vote late on Tuesday, with two in favor, one against, one abstention and another absent.

“Unfortunately, this plenary session of the National Electoral Council does not respond to the request, nor does it approve or deny the report presented in the technical field” at the request for recalculation, said Council Chairman Diana Atamaint.

Perez, a 51-year-old environmental lawyer, had formally filed a reclamation request in 17 of the country’s 24 provinces.

The recalculation would involve about six million elections, corresponding to about 45 percent of Ecuador’s registered voters.

Perez won 19.38 percent of the vote in the February 7 election, just 33,000 votes behind his second-placed rival, right-wing former banker Guillermo Lasso, 65, who has also demanded a recalculation.

Economist Andres Arauz, a 36-year-old patron of former Socialist President Rafael Correa, won 32.7 percent, which was not enough to win straight away, and the race is on to see who will face him on April 11.

Perez claims that there were frauds to keep him away from the runoff after he was crowded by Lasso from second to third place in the middle of the bill.

“They will not defeat us, they will not annihilate us, the resistance continues. Today (the election council) has just made a decision that is still in limbo,” said Perez, son of farm workers, after the council announcement.

Indigenous peoples who support Perez have demanded rallies on Wednesday and a march to Quito to condemn alleged electoral fraud against their candidate.

The Organization of American States has called on the Council to “ensure compliance with the electoral calendar” to ensure that the run-off in April takes place according to plan.