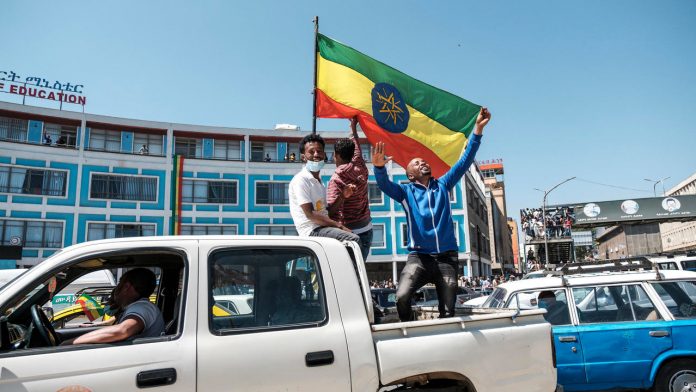 Ethiopia will hold a parliamentary election on June 5, the Electoral Commission said on Friday, as Prime Minister Abiy Ahmed seeks to curb political and ethnic violence in several regions.

The Abiy Prosperity Party, a pan-Ethiopian movement he founded a year ago, faces challenges from increasingly strict ethnic-based parties seeking more power for their regions.

Africa’s second most populous nation has a federal system of ten regional governments, many of which have border disputes with neighboring areas or face low-level unrest.

In the northern Tigray region, thousands of people are believed to have died and 950,000 have fled their homes since fighting broke out between regional and federal forces on November 4. Tigray held its own elections in September in defiance of the federal government, which declared the vote illegal.

The National Electoral Commission said next year’s calendar of polls did not include an election in Tigray. It said the date for a Tigray vote would be set when an interim government, set up during the conflict, opened polling stations.

The national vote was postponed from August this year due to the coronavirus crisis. The head of the winning party becomes prime minister.

For almost three decades until Abiy’s appointment, Ethiopia was ruled by a coalition of four ethnically based movements dominated by the Tigray party. That administration ruled in an increasingly autocratic way until Abiy took power in 2018 after years of bloody anti-government protests.

In the first months after Abiy’s appointment, it saw a storm of political and economic reform, including the release of tens of thousands of political prisoners.

Voter registration for the June vote would take place from March 1 to 30, the election board said.

Abiy’s peace deal with Eritrea, which gained independence from Ethiopia in 1993 after years of conflict, helped him win the Nobel Peace Prize in 2019. But his efforts to unleash the Ethiopian government’s iron grip were followed by violent outbursts as regional politicians and groups clashed for resources and power.

Abiy ordered troops to the western Benishangul-Gumuz region, which borders Sudan, on Thursday after the attackers torched homes and killed more than 200 people in a village.

The prime minister is also battling a protracted uprising in Ethiopia’s most populous region, Oromiya.

The opposition Oromo Liberation Front, which considered a terrorist movement until Abiy lifted a ban on the group, had said on December 12 that the government wanted to hold elections to divert attention from Ethiopia’s security problems.

“We recommend that repair of the broken administrative regions and restoration of peace and security be made before the election takes place,” it had been said.

Many Oromo politicians are in prison, such as Jawar Mohammed, a prominent media mogul and member of the Oromo Federalist Congress Party.

He and other party leaders were accused in September of terrorist crimes following the assassination of popular Oromo musician Haacaaluu Hundeessaa, whose death sparked protests that killed at least 178 people in Oromiya and the capital Addis Ababa.