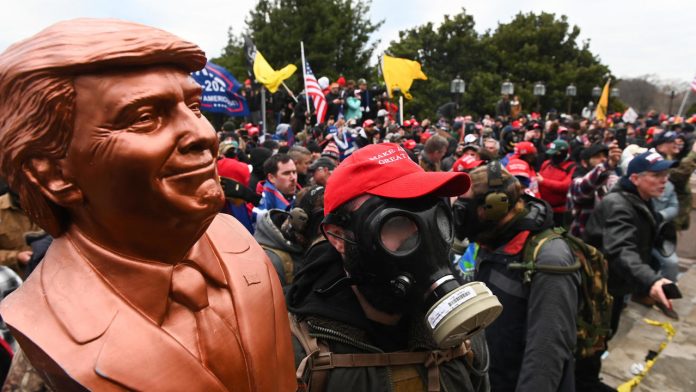 The federal government arrested a retired firefighter and a fashion student, both from New York, and a man from Iowa on Monday in the storming of the US capital, according to the FBI and legal documents.

Nicolas Moncada, a 20-year-old student at the Fashion Institute of Technology, was arrested at his home on Staten Island early Monday, the FBI said. The school shared information with the FBI about a post on social media that showed him at the Capitol, according to local media reports.

Thomas Sweeney from Freeport, New York, was charged on Monday but was not yet in custody, an FBI spokeswoman said. Sweeney, 53, retired from the New York Fire Department in October, local media reported.

Thousands of people stormed the US capital on January 6 to try to keep Congress from certifying Democrat Biden’s victory over Republican President Donald Trump.

The federal authorities have committed crimes against more than 100 people in their investigation into the search of Capitol offices and attacks on the police. Five people died in close combat, including a Capitol police officer.

Leo Kelly was arrested in Iowa on Monday after a video interview published online described him as “one of the first men to break into the Capitol building and go in with dozens of others,” according to a lawsuit.

Among the ten people arrested over the weekend was Timothy Hale-Cusanelli, from Colts Neck, New Jersey, a member of the U.S. Army Reserve who works as a Marine contractor with a “secret” security clearance and access to weapons.