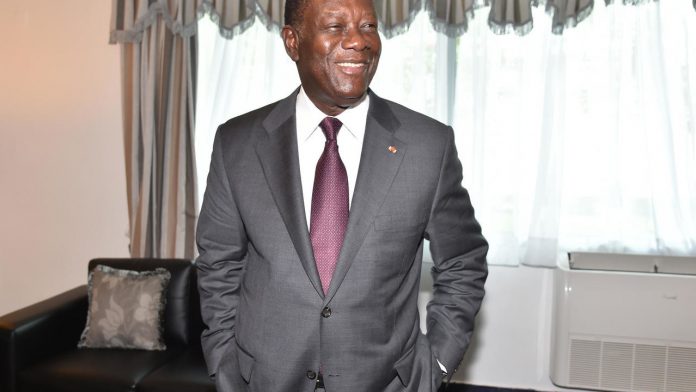 Ouattara, 78, won more than 94 percent of the vote, but Côte d’Ivoire ends up suspended after opposition leaders boycotted the vote and promised to set up a rival government in protest of a mandate they see as illegal.

About 50 people have been killed in violence since August and two opposition leaders have been arrested, raising fears that Côte d’Ivoire could slip into the kind of widespread unrest it suffered after a controversial 2010 vote.

New clashes between rival ethnic communities erupted on Monday in central eastern Daoukro, according to opposition leader Henri Konan Bedie, officials said. Deadly violence also erupted there in the leadership until the election on October 31.

She said one person had been beheaded and another burned when protesters blocked roads.

Another three people were killed in central Elibou during clashes between security forces and protesters blocking a highway, local residents said. However, officials did not immediately confirm these deaths.

Much of the violence has resulted in clashes between local ethnic groups allied with the opposition and Dioula communities seen as close to Ouattara, himself a Muslim from the north.

The opposition had called for supporters to mobilize before Monday’s constitutional council decision to ratify election results and validate Ouattara’s third term.

Constitutional Council President Mamadou Kone said on Monday that the Supreme Court had ratified the results and noted “no serious irregularities” in the conduct of the election.

“Alassane Ouattara is declared elected in the first round,” Kone said in a statement broadcast on television.

Côte d’Ivoire’s opposition leaders are now under investigation for insurgency and terrorism after rejecting the result and calling for their rival “transitional government”.

After several tense days, Abidjan, the economic capital of the former French colony, has mostly returned to normal, although police still surrounded the home of opposition leader Bedie in the city.

“There is no interest in pushing for the threat of growing political instability,” she said in a statement.

“I urge political leaders from all sides to work together to calm tensions through dialogue – not difficult security measures and arrests.”

Diplomats and government sources say talks are under way between the two sides to ease tensions but that no major progress has been made so far.

The bitter rivalry between Ouattara and Bedie, 86, has shaped Ivorian politics for decades, along with the country’s ethnic and regional loyalty.

With power in place since 2010, Ouattara had said that by the end of his second term, he would make room for the next generation and raise hopes of ending the long-running battle between the country’s aging leaders.

Supporters praised him for giving economic growth and stability to the world’s leading cocoa producer after years of unrest.

But the sudden death of the elected successor in July caused him to change. He says a reform from 2016 made it possible for him to restore presidential boundaries and run for the third time, according to a decision that critics say is unconstitutional.

The country was already divided into two after a civil war in 2002 – north held by rebels and south by Gbagbo’s forces.

Ouattara won a late election in 2010, but Gbagbo refused to resign despite international recognition of Ouattara.

French troops eventually intervened when Abidjan became a battlefield and Ouattara loyalists were able to remove Gbagbo from his bunker.