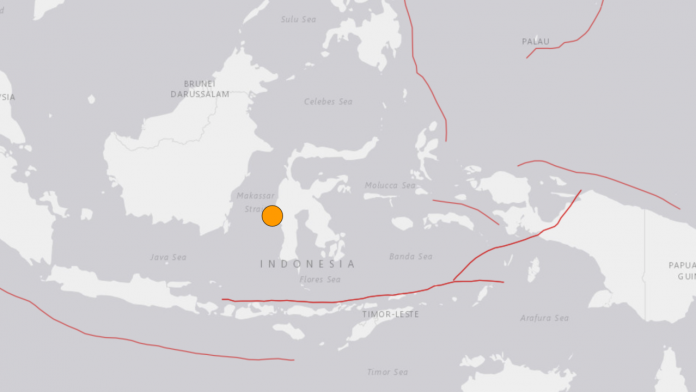 At least three people have been killed and 24 injured after a magnitude 6.2 earthquake shook Indonesia’s Sulawesi island, the country’s disaster relief agency said on Friday.

The earthquake episode was six kilometers northeast of the city of Majene, at a depth of 10 kilometers.

Several thousand panic-stricken residents fled their homes to seek safety after the quake, which did not trigger a tsunami alert but felt strong for about seven seconds, the statement said.

The Disaster Management Agency said a hotel and the office of West Sulwese’s governor were severely damaged and that the electricity supply was also down.

Extending across the so-called Pacific “ring of fire”, Indonesia, a nation with high tectonic activity, is regularly hit by earthquakes.

In 2018, a devastating earthquake of 6.2 and then the tsunami hit the city of Palu in Sulawesi and killed thousands of people.