Home World Fathers in Senegal were sentenced to prison for forcing their sons to...
Facebook
Twitter
WhatsApp
Linkedin
LINE 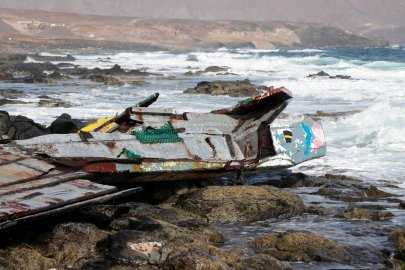 A Senegalese court has sentenced three fathers to prison after finding that the fathers had forced their sons to migrate. They were guilty of “endangering the lives of others.”

The three men, one of whose sons died while trying to cross the Atlantic, were sentenced to two years in prison, with a 23-month suspension. The Senegalese court ruled on Tuesday, December 8.

According to the Associated Press (AP), Mamadou Lamine Faye’s son, 14-year-old Doudou, died after leaving the coastal town of Mbour in Senegal in mid-October. The court was told that his father had paid the equivalent of about 380 euros to a smuggler to take his son to Spain.

Faye hoped that his son would travel from Spain to Italy to train as a football player, the AP reported. In court, Faye said he had not intended to endanger his son’s life but only wanted a better future for him.

The AP said that Faye was arrested in November shortly after the news of her son’s death. The other two men’s sons survived but have now been returned to Senegal.

The number of migrants trying to leave Senegal and make the risky crossing towards the Spanish archipelago in the Canary Islands has increased dramatically this year.

The latest figures from the United Nations High Commissioner for Refugees (UNHCR) from 6 December show that 21,028 migrants arrived in the Canary Islands this year. That is almost as many as the total sea arrivals (including those that crossed the Mediterranean from North Africa) throughout 2019.

The UN migration agency IOM estimates that more than 500 people have lost their lives trying to reach the Canary Islands from Africa this year, and these figures could be much higher, as many departures would never have been registered or detected.

“In Mbour … deaths and disappearances at sea are more than just numbers. In October, a boat was dropped leaving the city hours after leaving the coast: 140 people died. In some streets, several households have lost sons from that tragedy” https : //t.co/qIB1ZclStS

The French news agency Agence France Presse (AFP) reports that “more than 1,500 migrants have been stopped from migrating along the Senegalese coast recently.” They add that “dozens of others” have died under the same circumstances as Doudou. That is a figure denied by the Senegalese authorities.

The AP reports that “many in Senegal hope that the judge’s decision can help deter parents from sending their children across the dangerous and long Atlantic to Europe.” Testimonies from survivors say that crossings can often last for at least five days, and some boats drift far from course, others even end up on Cape Verde’s islands.

‘My soul has already left my body’

InfoMigrant’s French reports that the news of the sentencing resonated strongly in Senegal, where reports of Doudou’s death caused many “strong feelings”.

The Senegalese prosecutor also tried to get the three fathers convicted of “complicity in smuggling crimes” but in the end these accusations were dropped, the lawyer for men Assane Dioma Ndiaye told AFP.

All three men are fishermen in the trade, reports InfoMigrants French. They have been held in prison since their arrest in November. The New Humanitarian reports that in Mbour, “home to about a quarter of a million people, deaths and disappearances at sea are more than just numbers.”

According to a Senegalese newspaper, Doudou’s father said during the trial that all he wanted was “to open the doors to success. [for his son.]”He said he had taken him to the local marabouts (traditional religious people) so they could pray for his son but” if I had known he was going to die, I would never have taken the risk. “

Faye continued that while people may see him in front of them in court, his “soul has already left my body.”