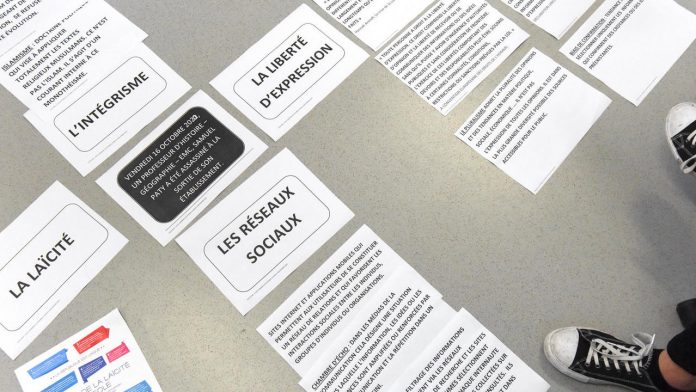 French police on Tuesday arrested five people in connection with death threats against a teenager for her explosively charged online rants against Islam that sparked a new debate on freedom of expression in the country, prosecutors said.

The five were held on suspicion of cyberbullying and issuing death threats following an investigation by France’s national working group for the fight against hate speech online, they told AFP.

The case of Mila – who, among other things, received a series of death threats for calling Islam “a dirty religion” – has revived debates in France about freedom of expression.

The furor started in January 2020 with an Instagram post that made Mila’s family put under police protection.

An investigation was launched by prosecutors in the city of Vienna in southeastern France in November after Mila published a new tirade, this time on the TikTok platform.

The probe was then handed over to the national working group, which could better coordinate the search for suspects in several French regions, leading to the arrest of the five, aged between 18 and 29.

President Emmanuel Macron defended the teenager in February, saying the right to blasphemy was enshrined in the constitution.

“The law is clear. We have the right to blaspheme, criticize and caricature religions,” he said.

Macron added that children need to be better protected against “new forms of hate and online harassment”.

The debate on freedom of expression gained even more impetus in France after the October assassination of an Islamist radical by teacher Samuel Paty, who had shown his class rights to the Prophet Mohammed.