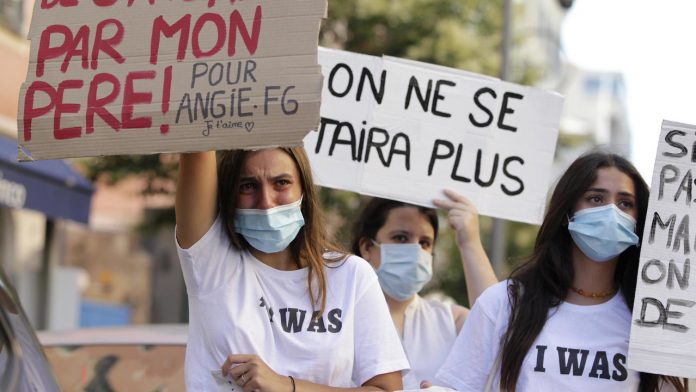 French senators on Thursday began studying a new bill aimed at tightening the country’s laws on child sexual abuse, including tougher penalties for not reporting such crimes. The changes come on the heels of an incest scandal that brought down one of France’s most prominent intellectuals after he was accused of sexually abusing his stepson.

If the new bill is adopted, all sexual relations with a child under the age of 13 – whether they are considered consent or not – will be criminalized and punished with up to ten years in prison and a fine of 150,000 euros. The bill also includes a proposal to extend the statute of limitations for rape, from 30 years after the victim turns 18, to 40 years.

But before the Senate vote, the bill was strengthened with a significant addition: to increase the statute of limitations for not reporting such crimes. Anyone who testifies about, or has knowledge of, sexual abuse of a minor, can be held responsible for their silence for ten years after the victim turns 18. In cases of more serious sexual offenses, they can be held responsible for 20 years after the victim turns 18. The limitation period is currently set at six years.

The last-minute addition marks an important break with France’s long-standing and often criticized tradition of omerta (code of silence) on the subject of incest, a topic that was pushed into the spotlight earlier this month after Camille Kouchner, stepdaughter of prominent political scientist Olivier Duhamel, released a book accused Duhamel of abusing his twin brother for several years, beginning when he was 14.

In France, sexual abuse committed by non-blood relatives is considered incestious. Nearly one in ten French people has fallen victim to incest, according to a recent survey by the French election institute Ipsos.

In his book “La Familia Grande”, Kouchner reveals that dozens of his mother’s left-wing intellectual friends – some of them known in France – knew about the abuse but chose to remain silent.

“Of course I thought my book might seem obscene because of my family’s fame. Then I thought to myself, this is exactly what needs to be done,” she was quoted as saying in an interview with the French weekly L’Obs.

Koucher’s book sparked a wave of reactions on Twitter under the hashtag #MeTooInceste, which has received tens of thousands of tweets since it first appeared on the social media platform at the end of last week. While the Twitter storm encouraged many victims to come forward and break their silence, it also prompted sharp condemnation of witnesses who protected the perpetrators through their silence.

Following the allegations against him, Duhamel announced that he was resigning from all his posts, including as head of the National Foundation of Political Sciences (FNSP), a body that oversees the hugely prestigious Po University of Sciences.

“I resign from my posts after being the target of personal attacks because I want to preserve the institutions where I work,” Duhamel wrote in a tweet.

Camille Kouchner, 45, and her twin brother are children of Bernard Kouchner, France’s former foreign minister and co-founder of Medical Charity Doctors Without Borders, and academic Evelyne Pisier, who died in 2017.