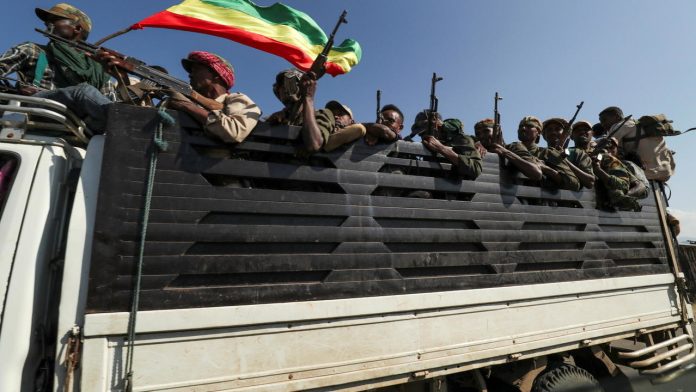 The telephone lines to the region were still down, said the United Nations Office for the Coordination of Humanitarian Affairs (UN and OCHA) in its latest report on the crisis and damaged aid operations.

“Transport is not allowed to and from Tigray, which results in a shortage of basic goods reportedly occurring and affecting the most vulnerable first and foremost,” the UN said.

Aid groups were also concerned about the protection of children, women, the elderly and the disabled from military clashes, the UN said.

Sudan has received more than 10,000 Ethiopian refugees since the fighting began, the Sudanese government said on Wednesday, warning that the figure could soon rise to 200,000.

“There are many children and women,” Al-Sir Khalid, head of the Sudanese refugee agency Kassala, told the Associated Press. “They arrive very tired and exhausted. They are hungry and thirsty because they have walked long distances on uneven terrain. ”

Abiy, who at the age of 44 is Africa’s youngest leader, has so far resisted demands from the United Nations, the African Union and others for an immediate ceasefire and negotiations.

There are great concerns that the fighting in Tigray could spread to other parts of Africa’s second most populous country and to the rest of the Horn of Africa.

“The protest is not due to current security problems,” the state communications office said in a statement.

The United Nations High Commissioner for Refugees (UNHCR) said it was “deeply concerned about the more than 96,000” people currently in Ethiopian refugee camps, as well as 100,000 in Tigray who had already been internally displaced.

It said it was “still concerned for the safety of refugees and humanitarian workers due to the camp’s relative proximity to the fighting and the deteriorating situation”.