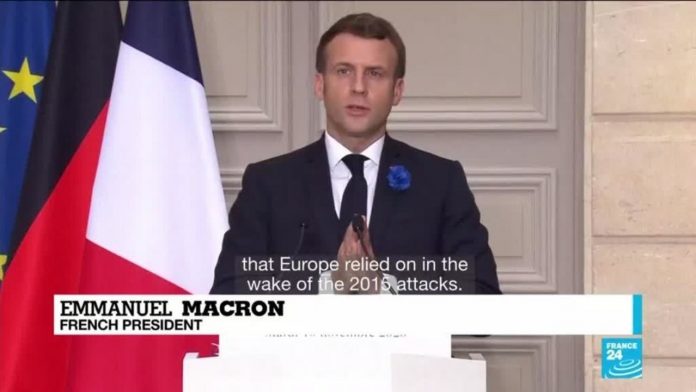 On Tuesday, French President Emmanuel Macron called for a “rapid and coordinated” European response to terrorist attacks that have plagued the continent in recent years.

Such a response should focus on “the development of common databases, the exchange of information or the strengthening of criminal policies”, he said after hosting a video conference with other EU leaders.

The online summit came a week after a convicted Islamic State support group killed four people in a shooting in the heart of Vienna, after a hot heel after last month’s attack on a church in the French city of Nice and the beheading of a teacher in a Paris suburb two weeks before that.

Macron called the summit after the Austrian attack to seek an EU-wide response to Islamist attacks.

Leaders discussed the need for a “determined fight against terrorist propaganda and hate speech on the Internet,” Macron told an online briefing after the meeting.

“The Internet is a space for freedom, so are our social networks, but this freedom exists only if there is security and there is no refuge for those who speak our values ​​or try to indoctrinate with deadly ideologies,” he said.

In other counter-terrorism measures, Macron last week announced a doubling of the number of French border guards and called for a “deep” review of the rules of the Schengen area that guarantee the free movement of people across borders.