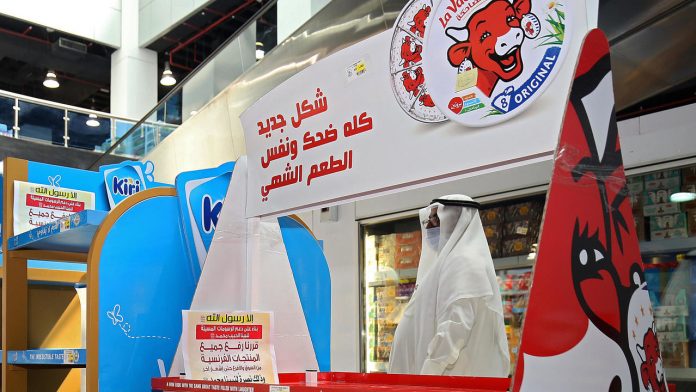 France on Sunday called on Arab countries to halt calls for a boycott of French products, while President Emmanuel Macron promised that the country would never give in to Islamic radicals.

The French Foreign Ministry said in a statement released on Sunday that it had in recent days called for a boycott of French products, especially food, in several countries in the Middle East, as well as calls for demonstrations against France over the publication of satirical cartoons of the Prophet Mohammad.

Calls to boycott French goods are already growing in the Arab world and beyond, after President Emmanuel Macron criticized Islamists and promised not to “give up cartoons” depicting the Prophet Mohammed.

Macron’s initial comments on Wednesday came in response to the beheading of a teacher, Samuel Paty, outside his school in a suburb outside Paris earlier this month after showing cartoons of the Prophet Mohammed during a class he was leading freedom of speech. .

Muslims see any portrayal of the Prophet as blasphemous.

Kuwait’s non-governmental association of consumer societies has already boycotted several French products. Several cooperatives that Reuters visited on Sunday had cleared the shelves of things like hair and beauty products made by French companies.

“All French products have been removed from all consumer cooperative societies,” union leader Fahd Al-Kishti told Reuters, adding that the movement was in response to “repeated insults” against the Prophet and had been taken independently by the Kuwaiti government.

The cooperatives, some of the size of hypermarkets, carry state-sponsored staples for kuwaitis and account for a large share of the retail trade in the country as well as organize some training courses and leisure activities.

In Saudi Arabia, the Arab world’s largest economy, a hashtag calling for a boycott of French supermarket retailer Carrefour was the second most popular Sunday.

Similar boycott calls have also been issued by groups in Jordan and Qatar.

The Organization of Islamic Cooperation on Friday rejected the brutal assassination that has shaken France, but also criticized “the justification for blasphemy-based harassment of any religion in the name of free speech”.