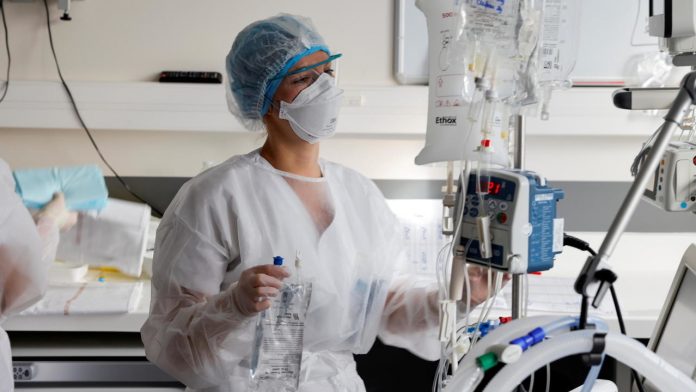 France recorded a record 60,486 new confirmed cases of coronavirus on Friday, after publishing a record 58,046 on Thursday, according to data from the Ministry of Health.

The new cases brought the total number of confirmed cases to 1.66 million, close to Russia, which with 1.73 million cases has the world’s fourth largest number after the United States, India and Brazil.

The ministry also reported 828 new coronavirus deaths, including 398 hospital deaths in the past 24 hours and 430 deaths in nursing homes over three days. On Thursday, the ministry reported 363 deaths in hospitals.

One week after the government introduced a new nationwide lockdown, the number of people in hospitals with the virus increased by 553 to 28,979, the smallest increase in a day in almost three weeks.

The number of people in intensive care with COVID-19 increased by 101 to 4,331, the smallest increase in six days.