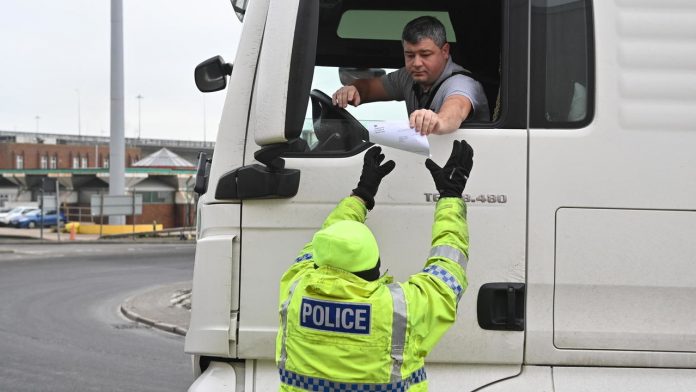 People traveling from outside the EU to France will no longer enter by presenting a negative result from a rapid COVID-19 test, but past truck drivers will be excluded, the French government said on Friday.

The new rules, which take effect from Monday 18 January and are set out in a French government document, say that people will no longer be able to use antigen or lateral flow, tests that can give results within minutes.

If side flow or antigen tests are not accepted, travelers must apply for PCR tests.

It can take several days to produce the results and is less available in the UK for people who do not have a medical right to test.

In recent weeks, France has required people entering France from the UK to prove they do not have COVID-19. Both PCR and antigen tests have been accepted.

The faster tests have been used heavily by truck drivers transporting goods across the canal between the UK and France, and helped block a backlog of trucks that briefly disrupted supplies at the end of December.

French Transport Minister Jean-Baptiste Djebbari said on Friday that truck drivers could still enter France by using one of the faster tests.

“The rules that apply to road transport coming from the UK are maintained pending a coordinated plan between European countries,” Djebbari said in a tweet.