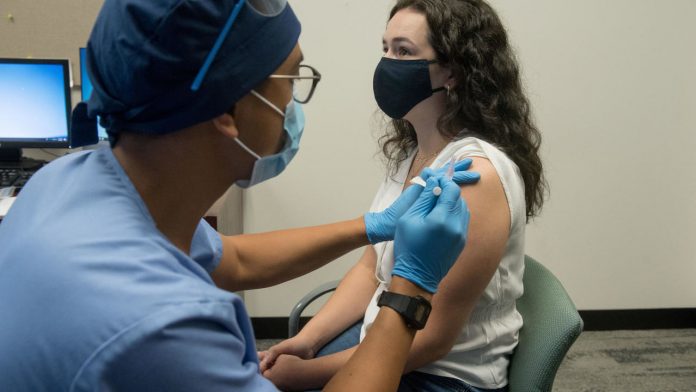 France said on Tuesday that it was preparing to launch a nationwide Covid vaccination campaign in January, hoping that virus shots would be approved and available.

The government is worried that millions of French people will refuse shots of coronavirus, even after a vaccine proved almost 95 percent effective on Monday, giving optimism to a world facing severe infections and a series of new home orders.

The American biotechnology company Moderna claimed 94.5 percent efficiency in a clinical vaccine trial with more than 30,000 participants on Monday, after the American pharmaceutical company Pfizer and its German partner BioNTech said last week that their vaccine was 90 percent effective.

According to the World Health Organization, about 42 “candidate vaccines” are currently undergoing clinical trials.

“We are preparing a vaccination campaign to be ready the moment a vaccine is approved by European and national health authorities so that we can launch a vaccine immediately,” government spokesman Gabriel Attal told France 2 TV.

However, growing vaccine skepticism in France could confuse a public health campaign on vaccination.

Only 59 percent of French people are prepared to be vaccinated, according to an Ipsos poll published in September, compared to 74 percent worldwide.

“My fear is that not enough French people will be vaccinated,” said Prime Minister Jean Castex at the weekend.

Attal noted that the European Medicines Agency said it might be ready to approve a first vaccine by the end of the year, Attal said France had put options on “several hundred million” doses from various pharmaceutical companies.

The final choice will be for the vaccine “which gives us the best chance of keeping the pandemic” without presenting “even the slightest risk” to health, he said.

The new coronavirus has killed at least 1,319,561 people worldwide since the outbreak in China in December last year, according to an official source compiled by AFP on Monday.

At least 54,493,680 cases of coronavirus have been registered worldwide.

In France alone, about 33,500 people are currently in hospital with Covid, of which almost 5,000 are in intensive care.

French daily falls have fallen since a new nationwide lockdown was introduced on October 30, but the government warned that it was too early to claim victory.

France has reported more than 45,000 deaths in Covid since the outbreak.