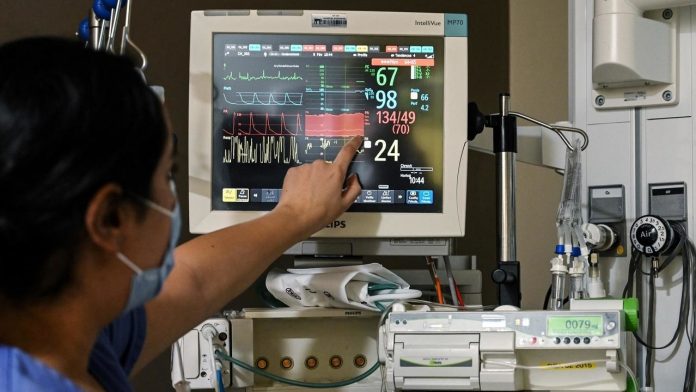 France reported 18,870 new confirmed Covid-19 cases on Tuesday, up from Monday’s 4,317, but down from last Tuesday’s total of 23,337, as the fallout trend remained stable and hospital numbers fell again after a two-day increase.

This seven-day moving average has now stayed in a tight range of 19,200 – 20,700 for almost three weeks, a trend that seems to justify the government’s decision not to resort to a third suspension despite health experts demanding it.

Earlier in the day, Health Minister Olivier Veran said the situation in Covid-19 was stable and that it was possible that France would not have to resort to another deadlock after introducing two last year to try to catch the pandemic again.

Unlike some of its neighbors, France has waived a third national suspension in the hope that a curfew in place since December 15 and a vaccination program that has now given shots to more than two million people will be enough to contain the infection.

After reaching a maximum of more than two months, the total number of patients treated in the intensive care unit for respiratory disease decreased by 21 to 3,342.

The number of people in France who have died from Covid-19 infections increased by 724 to 80147 – the seventh highest number of deaths globally – compared to 458 on Monday and a seven-day moving average of 416.